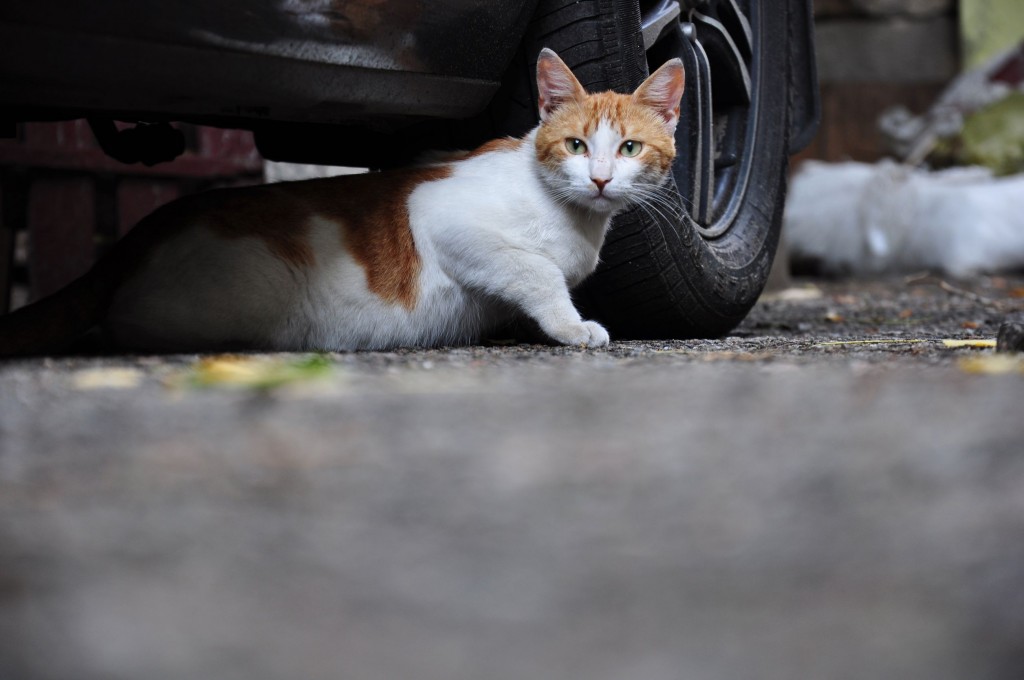 “There are people who hold a prejudiced opinion towards stray cats even in everyday circumstances, and I’m anxious that the news will lead to more abuse of the animals,” said Cho Hee-kyung, head of the Korean Animal Welfare Association. (image: KobizMedia/ Korea Bizwire)

SEOUL, Jan. 2 (Korea Bizwire) – After last week’s discovery of cats infected with the H5N6 strain of avian influenza in Korea, animal rights activists have voiced concerns that the animals may also face a similar fate as some 30 million poultry that have been culled so far across the country.

Although the government made it clear that no culling of cats will take place, fears of potential abuse and further neglect of street animals have spread rapidly.

So far, a male domestic cat from Pocheon, Gyeonggi Province, which mated with a stray cat, and one of his six offspring are confirmed to have died from the virus early last week. Another kitten that died before December 25 was buried by the cat’s owner.

Together with the mother cat and another one of her kittens that also died after the initial reports, the total deaths of cats suspected of AI infection now stand at five. The three remaining kittens were quarantined for further investigation.

“There are people who hold a prejudiced opinion towards stray cats even in everyday circumstances, and I’m anxious that the news will lead to more abuse of the animals,” said Cho Hee-kyung, head of the Korean Animal Welfare Association.

Cho’s concerns are not groundless, and Korea saw more than a few reports of savage violence against stray cats last year.

In November 2016, three cats were brutally killed in an apartment complex in Yeosu, South Jeolla Province, including one that was tied to a tree and found dead with its mouth and eyes open.

In August, a homeless man in his twenties hurled a stray cat at the railing of a workshop in Incheon, instantly killing it, while in May, three kittens were found dead with their skulls cracked, and one with ruptured lungs.

“Stray cats in cities rarely hunt birds to feed on, and even American health authorities see no chance of human infection of bird flu from AI-infected cats,” Cho said. “Given that no birds infected with the virus have yet been found in metropolitan areas, we hope that people didn’t overreact to the news.”

On a similar note, an official from another local animal rights organization, CARE, also emphasized that “there have not been any cases of cat-to-human infection of bird flu, as was announced by the government.”

Meanwhile, government authorities announced Monday that no irregularities have so far been found from twelve individuals that came in contact with the cats of concern, adding that all were taking Tamiflu, while six of them were given seasonal influenza vaccines as a preventive measure.

“We have no plans whatsoever to cull wild cats or stray dogs,” said an official.

According to health authorities, although bird flu may be transferred to mammals, the spread of the virus amongst mammals is an entirely different matter.

However, the official added that given that the spread of H5N6 virus from cats to humans is theoretically possible, the government is advising people to refrain from entering in contact with dead bodies of poultry, migratory birds, or cats.

“If one comes in contact with a dead animal, he or she must report to the authorities immediately for a ten-day monitoring period concurrent with the virus’ incubation period, and allow us to take any necessary measures.”