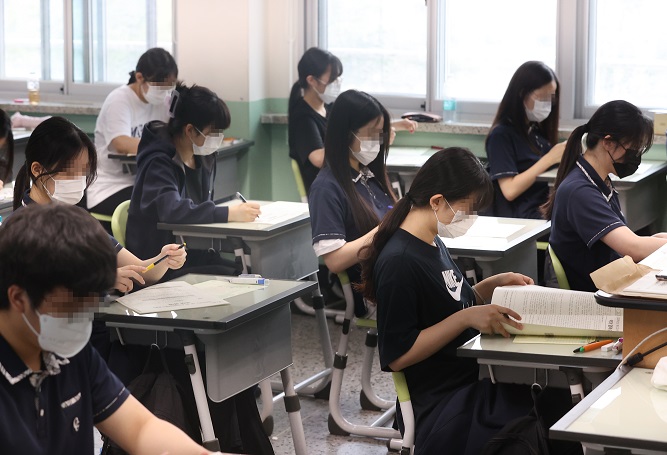 SEOUL, Aug. 11 (Korea Bizwire) – Teenagers regard one’s ability as the most important criterion for distributing rewards, a study indicated Thursday.

The report published by the Korea Educational Development Institute surveyed about 500 students from a total of three middle and high schools about their perception of fair distribution.

They were presented with various examples of students’ performance, specifying their efforts, ability and family conditions, and asked to whom and how much they would reward.

Among criteria, ability got the most points with 8.56, followed by effort with 5.02 and need for compensation with 4.42.

By the type of reward, there were some differences.

Ability was the top factor whether it be for grades, prize money or teacher’s praise. Over 40 percent of students, the highest amount, regarded ability as the top factor in the case of grades.

When it came to prize money, the respondents gave higher points to need than for other types of compensation.

In the case of teacher’s praise, they regarded effort as more important than need, the study showed.