One of the top ten trends prominent in the Korean fashion industry was a new phase of evolvement of the fashion business. Nonagon brand, a brainchild created from the marriage between YG Entertainment and Cheil Industries was an exemplary case for that matter. (image: YG Entertainment)

SEOUL, Dec. 6 (Korea Bizwire) – At the end of 2014, the Korea Fashion Association has chosen the top ten trends that have led the Korean fashion industry throughout the year. Here is a look at the list:

1. Purchasing directly from overseas markets. An increasing number of Koreans have been purchasing items directly from foreign websites. According to the Korea Chamber of Commerce & Industry, more than one trillion won have been spent for these types of purchases as of August. The amount is expected to exceed eight trillion won in 2018.

A huge increase in direct purchasing of foreign products resulted in a decrease in the sales of licensed brand items and direct imports through agencies, since those items bought online are 20 to 30 percent cheaper than the same products sold in Korea, even though customers must pay shipping charges and customs fees when they buy direct.

2. Curation. As more and more people use social networking services, power bloggers and other power users have been expanding their influence, particularly in the fashion industry. They boast about their curating ability by showing off their leading fashion sense on their blogs and Facebook pages.

Most are female teenagers and women in their 20s who are likely to buy fashion items, beauty products and smart devices, and share the information with their peers. High-income men in their 30s and 40s who care about fashion and enjoy shopping have also joined the curation trend.

3. Lifestyleshop. The number of one-stop shops where fashion products as well as food, daily supplies, kitchen utensils and stationary are available is rising, as Korean people spend less on fashion items, while spending more on food and drinks.

4. Outdoor and SPA brands. The outdoor product market, which seemed to gain unstoppable traction in the past, seems to lose its steam after hitting a record of eight trillion won in sales. Accumulated inventory and excessive marketing costs seemed to play obstacles to its growth momentum. Besides, once outdoor-crazed consumers appear to be tired of the outdoor-themed marketing frenzy.

SPA brands, however, seem to enjoy more popularity these days, leading to their introduction to the family brands in the market. H&M’s sister COS and Uniqlo’s brother G.U. are ready to hit the ground running in the Korean market anytime soon. Other international SPA brands, including Joe Fresh, are also entering the market to compete with Korean SPAs. 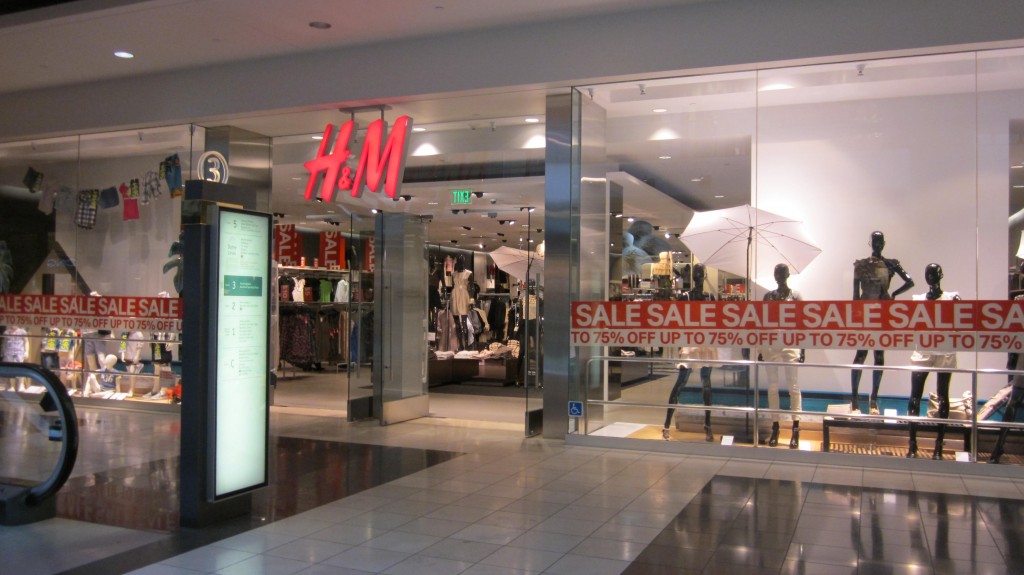 SPA brands, however, seem to enjoy more popularity these days, leading to their introduction to the family brands in the market. H&M’s sister COS and Uniqlo’s brother G.U. are ready to hit the ground running in the Korean market anytime soon. (image: Wikimedia Commons)

5. Omni-channel. On and off line channels are increasingly integrated as the border between various distribution channels is disappearing. This phenomenon is known as omni-channel distribution. Nowadays, customers can order an item on a website, and then receive it at an off-line store. Some websites have opened brick and mortar stores after success online.

6. Normcore trend. Normcore is a coined word of “normal” and “core,” and can be summarized by the phrase “finding liberation in being nothing special.” The style of Steve Jobs or Mark Zuckerberg might be referred to as a kind of normcore. This trend towards the casual has led even hi-end designers to use sneakers and snapbacks on fashion runways. It is similar to street fashion, which has been popular in Korea for a few years.

7. Mobile optimization. Mobile devices are now a major tool for e-commerce. According to the Korean Online Shopping Association, the mobile shopping market has increased 100 percent over the past year, with a sales volume of 10 trillion won.

Popularization of smart devices, an increase in social networking use and the simplification of mobile e-commerce processes allow customers to make use of mobile devices for their shopping. Research firm Kantar World Panel showed that about 54 percent of women aged between 20 and 40 have experienced shopping with their mobile devices.

8. Fashion + α. Korean people are no longer satisfied with fashion itself. They demand more than fashion. That’s why many designers collaborate with other cultural entities. Collaboration in the fashion industry helps differentiate an item from other products.

For example, Cheil Industries, an affiliate of Samsung Group, and YG Entertainment, the agency of Big Bang and 2NE1, cooperated to launch their Nonagon brand last September. The collaborated brand is aggressively entering markets not only in Korea but also in overseas countries, including the United States, Japan and Taiwan. 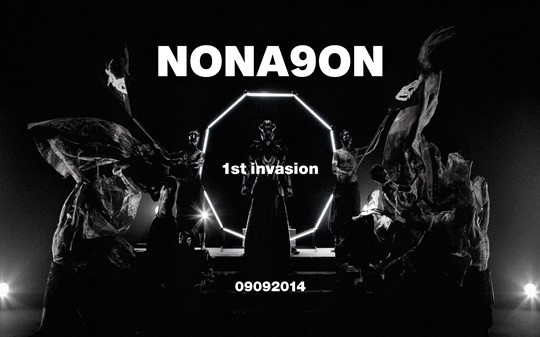 One of the top ten trends prominent in the Korean fashion industry was the evolvement of fashion business. Nonagon brand, a brainchild created from the marriage between YG Entertainment and Cheil Industries was an exemplary case for that matter. (image: YG Entertainment)

Given that a free trade agreement between Korea and China was signed in November, more Chinese capital is expected to be injected into the Korean fashion industry.

10. Digital Fashion Tech. “Big data,” “3D printer” and “wearable” led the technological push in the fashion industry in 2014. The Korean market started to utilize big data to compete with global fashion companies, which employ systematic data-based sales analysis. It has also focused on 3D printers, which are expected to make various fashion items including accessories, shoes and bags, regardless of their base materials.

An increasing number of Koreans have been purchasing items directly from foreign websites and this trend has shaped up a new trend in the fashion industry as a whole. (image: Korea Fashion Association)