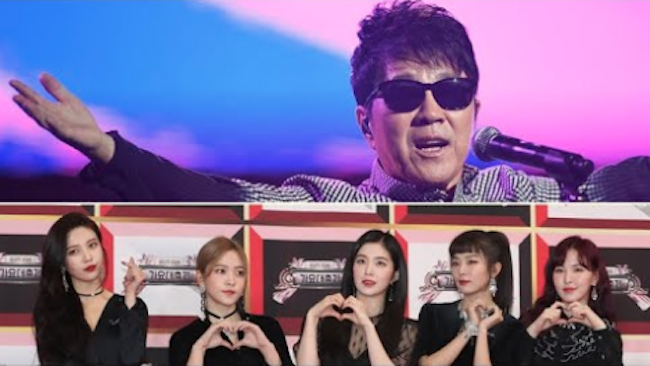 PYONGYANG/SEOUL, April 3 (Korea Bizwire) — South Korean musicians will hold their second and last performance in Pyongyang on Tuesday, this time jointly with North Korean artists, amid thawing tension on the Korean Peninsula.

The group, including celebrated Korean pop singers, arrived in Pyongyang on Saturday. They held a concert on Sunday, becoming the first South Korean artistic group to perform in the isolated country in more than a decade. North Korean leader Kim Jong-un and his wife and aides attended the event.

Who will emcee the concert, as well as the playlist of music to be performed, remain unknown. There could be changes to the repertoire up until the last minute, according to Seoul officials.

“The North Korean side reduced its performance time and offered inclusion of as many South Korean songs as possible,” a Seoul official traveling with the art troupe told reporters after the show. “The two sides agreed to show ‘something that will have the hearts of all Koreans beat,’ as Hyon Song-wol, head of the North’s Samjiyon Orchestra, put it.”

The South Korean singers will perform the famous North Korean song “See You Again” with the North’s Samjiyon Orchestra in the finale.

Yoon Sang, a popular composer who is the musical director of the South Korean art troupe, said he wanted to show two different versions of the song, one arranged by himself and the orchestra’s rendition, but only the North’s version was chosen in the end because of time constraints.

“That’s probably because the orchestra didn’t have enough time to practice a new version of the song in a very short period of time,” he said.

He expressed hope that more North Korean songs can be played by South Korean singers if there is another chance to perform together in the future.

After the performance, the South Korean artists and a taekwondo demonstration team will attend a dinner hosted by North Korean culture minister Pak Chun-nam. They are scheduled to leave for Incheon International Airport at midnight but the departure could be delayed, according to Seoul officials.

The artists’ visit follows a thawing of relations between South and North Korea driven by North Korea’s participation in the PyeongChang Winter Olympics in the South in February.

The North sent not only athletes and cheerleaders but also an art troupe and a taekwondo demonstration team in celebration of the Olympics. The art troupe, called the Samjiyon Orchestra, staged a concert in Gangneung, on South Korea’s east coast, and another one in Seoul.

The Pyongyang visit comes weeks ahead of a historic inter-Korean summit. South Korean President Moon Jae-in and North Korean leader Kim will sit together for what would be the third inter-Korean summit, following meetings in 2000 and 2007, at the border village of Panmunjom on April 27.