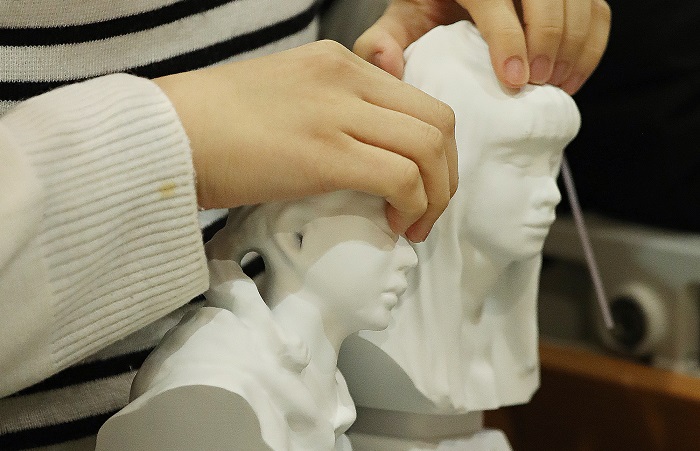 Each statue is 17 centimeters tall, depicting the faces, hairstyle, and other lively features of the graduates. (image: Yonhap)

SEOUL, Dec. 3 (Korea Bizwire) – Warm donations from a college student who created a “special graduation photo” that was made of busts for blind students are even being made for junior college students who graduated from the university.

Sahmyook University has established a “3D Printing Talent Donation” program as part of its “Local Social Contribution” subject, which is a compulsory subject for graduation, during the second semester of this year.

Through the mandatory course, students are producing a bust to donate as a “graduation photo” to all high school graduates of a school for the blind in Seoul.

The program began with a talent donation by Lim Jin-hwan, 26 years old, who graduated from the university earlier this year.

Inspired by the video clips that produce busts of blind people with 3D printers, Lim used the 3D scanning and printing technology he had been studying.

Since then, Lim has produced busts of eight graduates from Hanbit School for the Blind, a special school for blind students, one by one, and donated them to each student earlier this year.

Lim even considered making graduation busts for each and every student who is graduating, but he was forced to give up due to lack of resources and personnel and significant expenses.

However, students of Hanbit School for the Blind who received special graduation pictures were very happy with Lim’s donation at the time.

“The previous year’s graduation album was braille-based, with a picture description and student name added to the regular graduation album, but the students who received the bust gift were very happy,” said Yook Young-ah, a teacher at Hanbit School for the Blind. 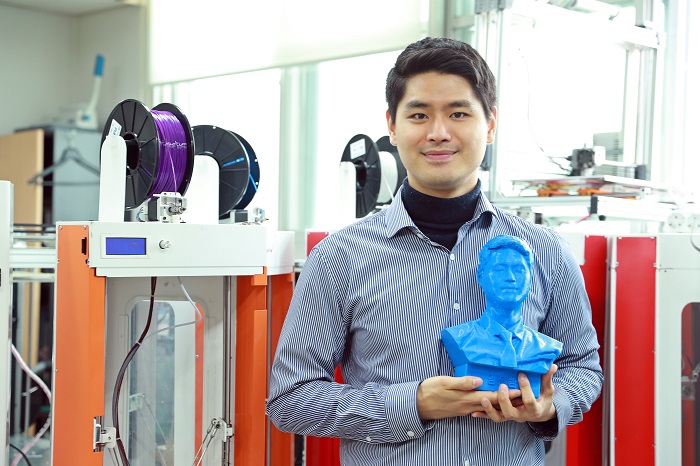 University students who participate in the program, which was newly established at Sahmyook University, will use laser technology to scan the outer shape of an object and learn 3D scanning and printing technology that will recreate it in three dimensions again.

The reason why this program is special is that it is not just theoretical in nature, but an actual practice.

Based on the 3D scanning and printing technology, university students will produce busts of 12 blind students attending blind schools.

Currently, the busts are being manufactured and students are currently working on post-processing operations.

The finished busts are about 17 centimeters tall, and even students’ features and hairstyle are carved and illustrated. Under the busts are the names of the students in braille and writing.

Lim, who is working as an architect for a 3D printing startup after graduation, is also directly participating in the program to help younger students with education and practice related to 3D printing and hand down his know-how.

“It was nothing to brag about, but I am proud that the purpose of the program was well conveyed,” Lim said. “I hope that this news will spread widely and that many people will join the effort.”