“If America had contents like ‘Batman’ and ‘Spiderman’, the next character and story can be in Korea. Korea has abundant content, such as movies, dramas and K-pop. I think that being truthful and unique are important virtues for a character.”

“Now, there is a demand and thirst for characters and stories seen from an oriental point of view. I think that the content culture of Korea can represent the international global brand. I would love to work with film makers, writers, directors and artists to create a global franchise.” 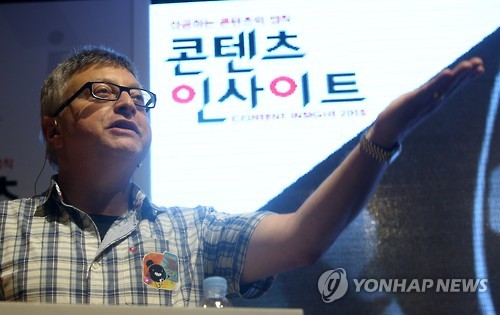 Seoul, July 15 (Korea Bizwire) - The executive producer of the 15 Batman series movies, Michael Uslan, has spoken highly of the potential of the Korean content business.

Uslan was a featured speaker at a lecture hosted by Korea Creative Content Agency (KOCCA) at the Contents Korea Lab (CKL) in Daehangno, on July 13. Uslan talked about the important elements required for a successful character, and showed his interest in Korean content, as well as the point of view that countries in the eastern hemisphere hold. He expressed his opinion about the potential Korean cultural content holds, predicting that it could result in big things.

He also spoke about how he got to produce the Batman franchise after going through numerous trials and errors. He recalled how he was able to reset the Batman culture with Tim Burton, Christopher Nolan and designer Anton Furst. Everybody was skeptical about the Batman movie, and had doubts about its ability to capture the essence of the comics, but Uslan was able to make the Batman franchise a huge success regardless of what others said. He emphasized the importance of believing in one’s self instead of listening to what everybody else has to say.

Uslan produced 10 Batman movies from 1989 to 2010, and 5 spinoffs including ‘Batman Begins’, ‘Dark Knight Rises’ and ‘Cat Woman’. ‘Batman v Superman: Dawn of Justice’ will be the next installment in the franchise, and is scheduled to be released early next year.