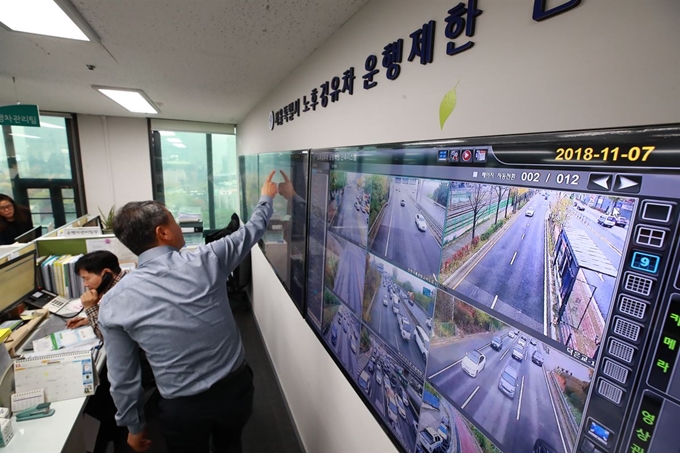 SEOUL, June 24 (Korea Bizwire) — A recent study showed that the most cost effective policy for the reduction of fine dust among the initiatives pursued by the Seoul metropolitan government is a measure targeting the mitigation of vehicle emissions.

A report released on Wednesday by the Seoul Institute, a think tank for the Seoul city government, analyzed the cost effectiveness of the city’s air pollution reduction policies taken between 2011 and 2019.

The analysis revealed that in light of the direct effect of reducing ultra-fine dust (PM 2.5 density), the vehicle emission control measures ranked first with a reduction of 19.5 tons of emissions per 1 billion won (US$879,000) spent.

The vehicle emissions control measures include a decrease in the emissions allowance level for diesel cars, the prevalence of eco-friendly vehicles, and the reduction of vehicle traffic.

Even for the reduction of fine dust (PM 10), the vehicle emission control measure ranked at the top in terms of cost effectiveness (21.3 tons per 1 billion won).

The vehicle emission control measure proved to play a significant role in reducing the emission of nitrogen oxide, the principal cause of fine dust.

During the period from 2015 to 2019, the density of nitrogen oxide along city roads declined by 8.8 ppb per year. This density, however, declined merely by 2.2 ppb for the atmosphere of the city and 2.7 ppb for the Mt. Bukhan area.

The research team estimated that given that 48 percent of the city’s overall nitrogen oxide is generated from road traffic, the vehicle emission control measures taken during the period had impacted the reduction of nitrogen oxide.