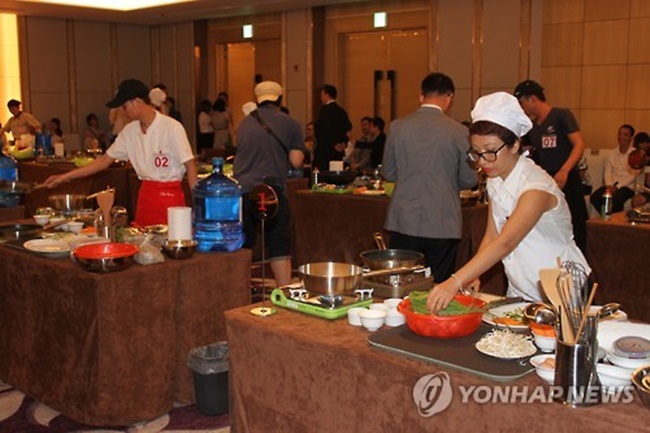 It marks the first time for a Vietnamese university to open such a course in the Southeast Asian country where the “hallyu” boom, or the popularity of Korean pop culture, is strong. (Image: Yonhap)

HANOI, June 22 (Korea Bizwire) – Thang Long University in Hanoi said Thursday it will offer an undergraduate course in Korean cuisine in cooperation with South Korea as part of its efforts to develop Korean dish experts, starting from this year’s autumn semester.

It marks the first time for a Vietnamese university to open such a course in the Southeast Asian country where the “hallyu” boom, or the popularity of Korean pop culture, is strong.

The two-year course worth three credits, to be offered under the school’s culinary department, allows students to learn an overview of Korean cuisine, ingredients for Korean dishes, and table manners that involve eating Korean foods.

The South Korean Embassy in Hanoi, the Korean Cultural Center, the Korea Agro-Fisheries and Food Trade Corp. and the local foodstuff firm K-Market are set to form a business pact with the Vietnamese university to give support to the envisioned course.

Under the pact, the embassy will have an instructor take charge of the course for the coming two years. K-Market will provide the course and ingredients, with the food trade firm to be responsible for the promotion of Korean cuisine events. Thang Long University plans to operate the course on its own starting from September 2019.

South Korean Ambassador to Vietnam Lee Hyuk expressed hope that the Korean cuisine course at the Vietnamese university, to be set up on this year’s 25th anniversary of establishing diplomatic ties between the two countries, will give a boost to the rise of another fresh hallyu boom.

Phan Huy Phu, chief of Thang Long University, said, “We have set up a Korean cuisine course for the first time among Vietnamese universities,” adding that his school will make efforts to successfully operate the course in cooperation with the South Korean government and the local Korean community.