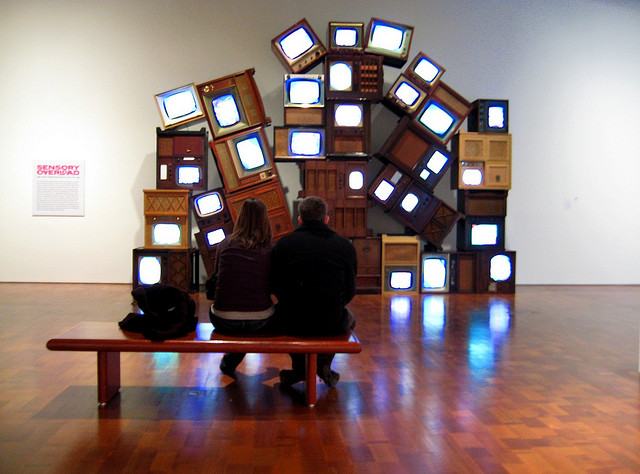 A majority of Koreans are killing their spare time by watching TV. (image: Arti Sandhu/flickr)

SEOUL, Dec. 17 (Korea Bizwire) – Thanks to the entrenchment of a five-day workweek and widespread awareness of the importance of having a balanced life, Koreans are finding themselves with an increasing amount of free time. However, the quality and diversity of the free time has remained the same even as the quantity has increased, as Koreans still have a preference for watching TV.

According to a survey on “Leisure Activities of Koreans in 2014” conducted by the Ministry of Culture, Sports and Tourism and released on December 17, the average Korean had 3.6 hours of spare time per day during weekdays and 5.8 hours during weekends, up 0.3 and 0.7 hours respectively from the previous survey held in 2012.

The ministry held the biannual survey together with the Korea Culture & Tourism Institute, interviewing 10,000 respondents over 15 years of age.

However, according to the survey, a majority of Koreans are killing their spare time by watching TV. More than half of the respondents (51.4%) picked watching TV as their favored spare time activity, followed by Internet/SNS (11.5%), taking a walk (4.5%) and gaming (4.0%).

Especially, by the type of their spare time spending, Koreans mostly wanted to rest (62.2%). Other answers were hobby and entertainment (21.1%) and sports activities(8.6%). Meanwhile, members of the younger generation aged between 5-19 and in their 20s spent their spare time surfing the Internet or on SNS.