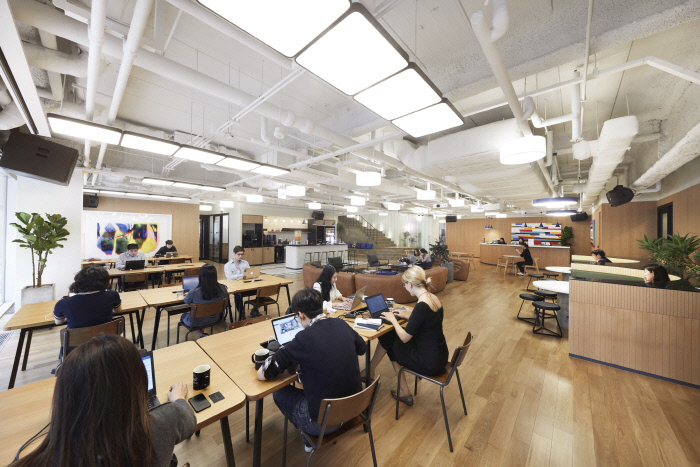 SEOUL, Mar. 3 (Korea Bizwire) — U.S.-based coworking space provider WeWork will “definitely” continue to invest in South Korea as it sees a growing number of individuals and startups seeking support and a sense of community, a WeWork executive said Sunday.

WeWork entered Korea in August 2016 by opening its first location in the affluent Gangnam area of Seoul. It plans to increase the number of locations in the country to 18 by July that can allow it to accommodate 24,000 members.

“Koreans can adopt things very quickly. We have been expanding and part of my plan in the very beginning … that was also to do it very quickly,” WeWork Korea General Manager Matthew Shampine said in a recent interview with Yonhap News Agency.

Korea is also an economic hub in Northeast Asia so there are also lots of multinational companies to support on top of local businesses through WeWork’s coworking spaces, he said.

Moreover, WeWork allows any company of any size to work in great buildings in downtown Seoul at competitive prices. It is impossible for a small three-person startup to have office space inside landmark buildings like Jongno Tower or Seoul Square, but this is possible for a WeWork member, making it an economical and very sensible option, he said.

“More than that, the community aspect makes employees happy, resulting in better productivity, lower turnover and reduced costs. WeWork’s bigger picture goal is to help its clients get investors, get customers, grow their business further.”

Three and a half years ago, WeWork picked Seoul, Shanghai, Hong Kong and Sydney as the first cities to open up. In August 2017, WeWork announced it will invest US$500 million in South Korea and Southeast Asia.

To expand business as quickly as possible in Seoul, the New York-based collaborative workspace provider has been investing a lot of “resources both like people and money to really grow the market,” the 36-year-old manager said.

WeWork did not provide a breakdown of the investments it has made in these markets and the plans for future investment size.

Asked about challenges in its expansion drive here, he said it is “just continuing to hire and grow the team with the best local talent as the company is focusing on continuing to grow the scale of business in Korea.”

WeWork buys office spaces and then leases them to individuals, startups and big companies that want to share office space on flexible terms. Those who have a WeWork membership can use most of the WeWork locations around the world.

WeWork, established in 2010, has advanced to 27 countries to secure over 400,000 members in 425 physical locations in 100 cities. Japan’s Softbank is its largest investor. Shampine joined WeWork as a founding member at the company’s first location.

In Korea, established companies account for 25 percent of WeWork’s total membership, with 15 percent being taken up by startups. It said lawyers, accountants, sales officers, and promotion and marketing people are members as well.

Some affiliates of Samsung, SK, and Lotte groups use WeWork, whether globally or locally, he said.

While renting out office space to clients, WeWork is also exploring a partnership with local landlords.

In January, WeWork signed an agreement with POSCO Engineering & Construction Co. for a win-win arrangement. In the deal, WeWork will create value through its presence at Parc.1 Tower office due to open in Yeouido, Seoul, in 2020 and the community, both within and around Parc.1, supporting the builder to expand its tenant pool with a positive effect on rent and real estate value.

Looking years ahead, Shampine said, “Korea is a great place (for WeWork) as the society is very fast adopting things so I think it will be very successful.”