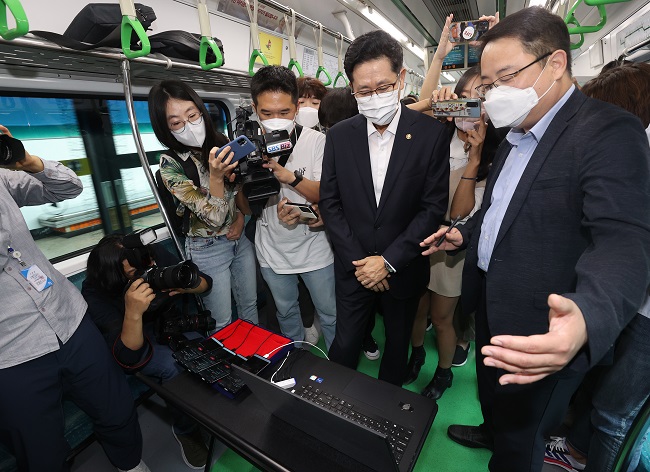 The Ministry of Science and ICT, together with three major mobile carriers, launched an empirical test to improve the performance of 28-gigahertz (GHz) 5G subway Wi-Fi at Sindap Station in Seoul on Tuesday.

On the Seongsu Branch of Seoul Subway Line 2, the three telecom companies established 28-GHz 5G equipment that can support data transmission speed of up to 20 gigabits per second (Gbps).

During the empirical test period, the communication performance between base stations and subways will be monitored. 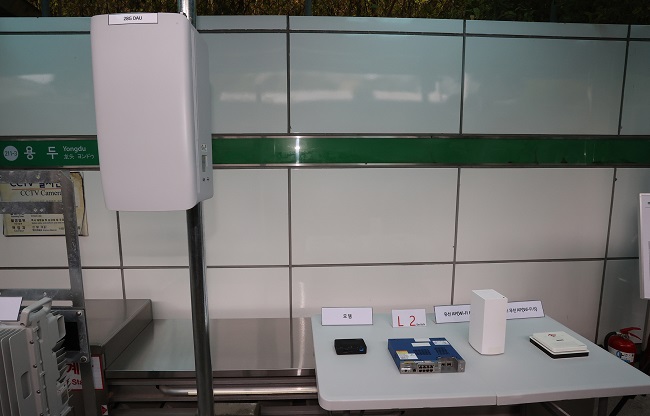 To address the issue, mobile carriers set up 26 28-GHz base stations, 10 units of customer premises equipment (CPE) and 20 units of Wi-Fi 6E devices in June.