SEOUL, March 22 (Korea Bizwire) — Three months into the first leg of South Korean president Moon Jae-in’s staggered plan to raise the minimum wage to 10,000 won by 2020, both those who buy and those who sell are focusing on value as prices have risen before and after the 16 percent minimum wage increase to 7,530 won this year.

The food and dining industry in particular has been hit hard by the minimum wage hike, with snacks and meals sold at convenience stores and franchise restaurants increasing in price by 100 won to 1,000 won.

Last December, the cost of eating out rose by a margin of 2.7 percent, the largest in 19 months. Entering this year, in both January and February that margin rose by 2.8 percent, a two-year high only topped by the 2.9 percent rise in early 2016.

As expected, the higher prices and the government’s promise of yearly minimum wage increases have stirred up much debate among consumers. One Twitter user lamented the current economic climate while expressing apprehension over the coming future, saying, “This is only the beginning. Next year and the year after wages will rise. Prices will rise accordingly, and subsequently business will suffer, then employees will be let go while employers close shop.”

A 37-year old office worker when asked about the price increases answered, “Nowadays, it’s harder to find a category of product that hasn’t been marked up. At a beer place, since it now costs over 40,000 won for two people to have just four beers and a side dish, it’s tough to even go out for a drink anymore.”

Entering this year, in both January and February that margin rose by 2.8 percent, a two-year high only topped by the 2.9 percent rise in early 2016. (Image: Yonhap)

In this environment where frugality seems to be the fiscal modus operandi, consumers are going after products of guaranteed quality at reasonable prices and are finding them in the rows of private brand goods offered by big-box retailers.

Lotte Mart disclosed that its private brand sales have increased by 12.5 percent compared to the same period last year; broken down into categories, sales of its private brand packaged meals – products that are essentially dining out options for the home – surged by 21.7 percent.

According to industry insiders, both large-scale retailers and convenience store chains have raised the prices of certain household goods and manufactured products, but the private brand items are mostly being deliberately maintained at the same prices or are being sold cheap through various sales promotions and deals.

Compared to the past when shoppers prioritized “price range”, retailers are recognizing that today’s consumers are more and more considering “best value for price” when out to spend. And with retailers taking pains to elevate private brands’ product quality in recent years, coupled with controlled pricing methods, these in-house product lines are giving consumers the most bang for their buck.

Selling products that are good to possibly very good at what the locals call “kind prices” has been a formula that convenience stores, to the detriment of second tier coffeehouses such as A Twosome Place and Ediya Coffee, have been perfecting in recent years with ever greater success.

Convenience store chain CU said sales of its 1,200 won “Cafe GET” americanos had from February through March been the second most sold product. In the same period last year, the coffee sales had been tenth on the list of types of products most sold. 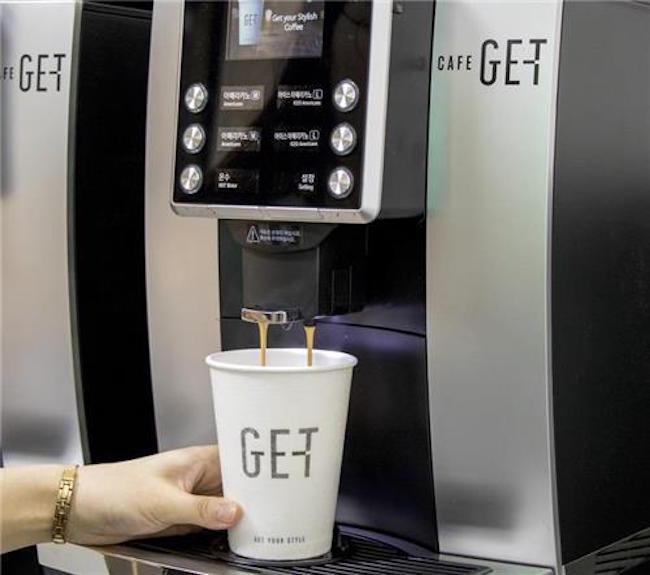 Convenience store chain CU said sales of its 1,200 won “Cafe GET” americanos had from February through March been the second most sold product. (Image: BGF Retail)

Meanwhile, other retailers are moving in the other direction by going all-in on high-priced premium goods to take advantage of a “Veblen Effect”, which describes an increase in spending among the higher-income class even though prices rise rather than decline.

Targeting consumers who can afford to spend and are willing to shell out for high-quality products, supermarket chain Lotte Super will open Lotte Premium Food Market stores that boast exclusivity and top-notch quality. Reportedly, 5 percent of the 8,000 types of products sold under its banner will not be sold anywhere else. 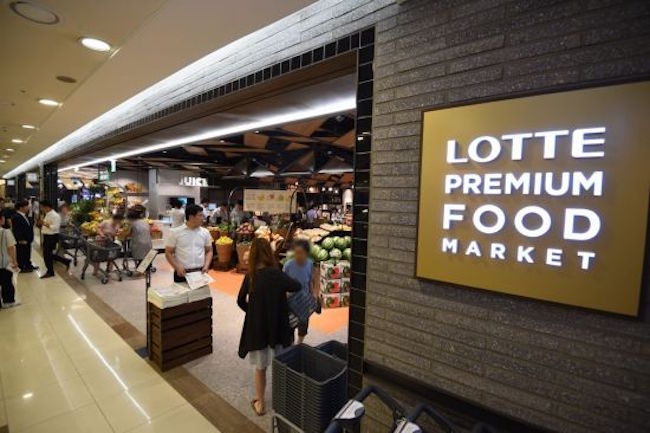 Reportedly, 5 percent of the 8,000 types of products sold under its banner will not be sold anywhere else. (Image: Lotte Super)

Explaining that trust in the quality of the products sold at these premium stores was the reason behind the large number of devoted shoppers, an industry insider explained that the number of consumers who place value in high quality products despite the concomitant high prices is continuing to grow.