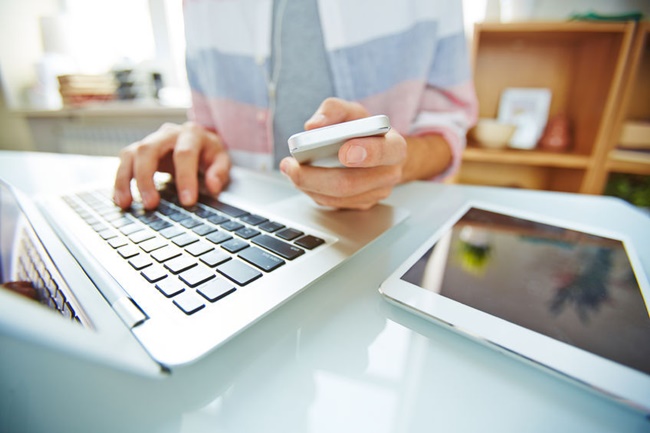 SEOUL, Sept. 12 (Korea Bizwire) — In a country that boasts some of the fastest internet speeds in the world, and is home to some of the top consumer electronics companies, there is one area that has changed little since the 1990s – management offices at apartment complexes. The only exception might be the abundance of surveillance cams.

That is changing. Daily reports on recycled paper have been replaced by electronic approval systems. Official memos, bills and other documents have all gone digital.

“It’s so comfortable, now that we’re not using paper anymore. I can view and approve requests on my smartphone anytime and anywhere. It’s making life easier for both us and the residents,” said a management employee surnamed Choi who works at an apartment complex in Changdong, Seoul.

The digital transformation is being led by the Seoul Metropolitan Government’s “Clear Apartment Project”, which has as one of its objectives the implementation of electronic management systems.

Two apartment complexes were chosen to pilot the project last year.  The number grew to eight this year.

Convenience isn’t the only reason that Seoul is trying to make property management hi-tech. It’s also an attempt to scale down corruption; hence “clear” apartment.

Among the 8,991 apartment complexes in the country, 19.4 percent were rated “inadequate” in financial audits from 2016, according to the nation-wide investigation on apartment complexes conducted by the Ministry of Land, Infrastructure and Transport, police and other government agencies.

Lawsuits over alleged embezzlement by resident board members or management offices have been common in the country.

“There were suspicions raised by residents on potential corruption. We were audited by the Seoul government and the district office four times.  Some residents filed a lawsuit against us in 2015,” Choi said.

Although management was acquitted in court, there was a growing need for transparency.

“We signed up for the pilot project to make our administration crystal-clear,” Choi went on, “And it’s working well.”

Now Choi and his colleagues can dig up electronic documents easily and show them to residents on demand.

Another sunny side of the project is, of course, saving paper.

“I think we have reduced our paper use by 60 percent,” testified Choi, “And I think we can save even more.”

Seoul’s municipal government is planning to enact a law to force apartment complexes to generate and manage electronic documents.

“This is the only sector that is still using paper,” said a government official. “Migrating to digital will increase efficiency and transparency.”