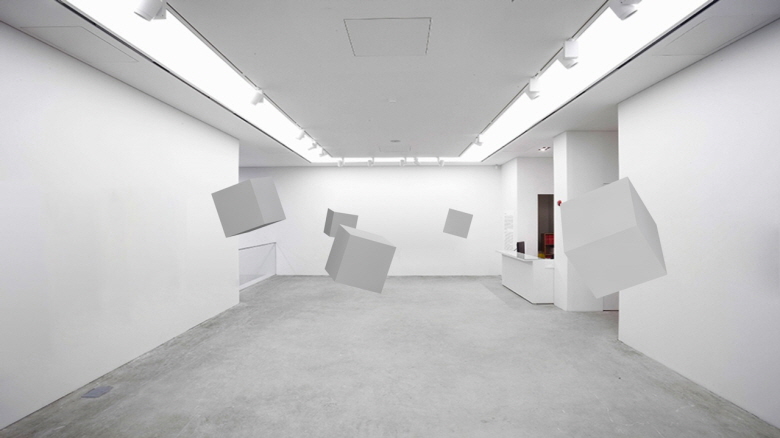 SEOUL, Aug. 2 (Korea Bizwire) — For all the help of advanced technologies unimaginable by previous generations, it doesn’t seem like the people of today are enjoying more relaxed times.

That is the very idea that South Korean media artist Lee Bei-kyoung had in mind when he started working on art with respect to time and space.

“When I grew up in Hapcheon (South Gyeongsang Province), we had no washing machine. It took my mother half a day to visit a nearby stream to do the laundry. Now, all you need to do is to push a button and just wait,” he said at a press briefing on Wednesday for his new exhibition in Seoul’s Artside Gallery.

“But then, where has all the supposedly saved time gone?”

Through a mobile phone the gallery offers, gallery-goers can experience an augmented reality of several cubes slowly floating and clashing against each other mid-air inside the first floor of the gallery. The work, the artist said, was meant to encourage people to give a second thought to the increasingly blurred line between the real and virtual worlds.

The artist also said perception toward and understanding of space have been rapidly changing with the advent of new technology, while the head-spinning speed of development doesn’t give people enough time to take in the new reality.

“When someone says to you, ‘I told you,’ that person might refer to an actual and physical conversation that he or she had with you. But some people, most likely younger ones, might refer to virtual conversations via text messages or chatting apps,” he said. “I think now is the time for us to step back and think about the changing environment.” 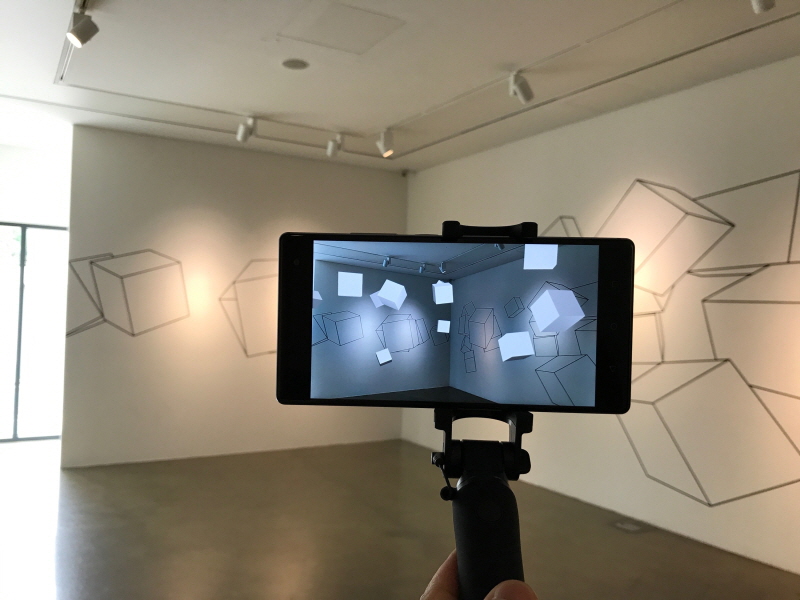 On the gallery’s basement, he produced a site-specific 3-D animated film where the actual space of the gallery seemed as if it extended forever into film projected on the walls. In it, big cubes moved around mid-air in slow motion, bouncing off the walls and against each other. The machine-made sound of whirling wind filling the dark exhibition hall made the separation between reality and virtual worlds all the more confusing.

A sculpture major from Joongang University in Seoul, he went to Germany to study film and media art at Braunschweig University of Art and got his Master’s at the Academy of Media Arts Cologne.

He defined media art as using an art medium for other than its original purpose. And he said he created media art to simply raise a vexing question he didn’t have an answer to and to talk about it with other people.

“At a time when different kinds of media channels have sprung up rapidly, I hope people learn to tell virtual stuff from real ones. Now is the time to think about it,” he said.