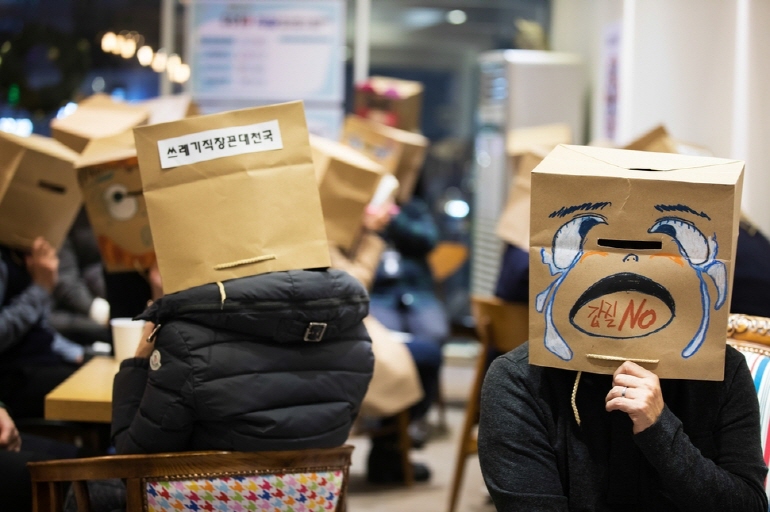 SEOUL, Apr. 20 (Korea Bizwire) — Kim Su-jin — not her real name — said going to work is a highly stressful affair as she has little choice other than to put up with frequent bullying and verbal abuse by her superiors.

The 28-year-old, who is employed in a non-permanent position at a small architectural design firm, said that while the misconduct of the rich and the powerful gets extensive media coverage and such perpetrators are subject to public censure, the same cannot be said about ordinary people trying to make ends meet and their superiors in less known companies.

“People are saying that South Korea’s hierarchical culture is heading towards an equal footing where underdogs can raise their voice. However, in reality, all sorts of heavy-handed actions by people in positions of power are occurring all the time,” Kim said.

She pointed out that the world is different for people who can only be described as being “eul” under the direction of a “gab.”

Originally legal terms, gab means a person with more power and eul means one with less power. “Gabjil” is used to describe the myriad ways that a higher-ranked person abuses people who are of lower standing.

It is a widespread problem in South Korea, a traditionally status-conscious society. A survey by online job portal Incruit showed that 97 percent of respondents said they have experienced some kind of gabjil by their superiors, such as temperamental outbursts and highhanded and unfair treatment.

“Mainly due to the rigidity of Korean society, abusing subordinates within the same company was seen as no big deal, with such behavior often extending to the mistreatment of people working for subcontractors and even subsidiaries,” a sociology professor said.

He said that in particular, such behavior has somehow gone unchecked, particularly in the business community, and among some of the country’s largest chaebol, or family-run conglomerates.

Most recently, a temper tantrum by a daughter of a chaebol owner shed light on bullying by the rich and powerful.

Cho Hyun-min, a scion of the chairman of Korean Air Lines Co., South Korea’s largest full-service carrier, has taken flak and is facing criminal investigation after shouting and throwing water at a middle level employee of an advertisement agency during a business meeting. 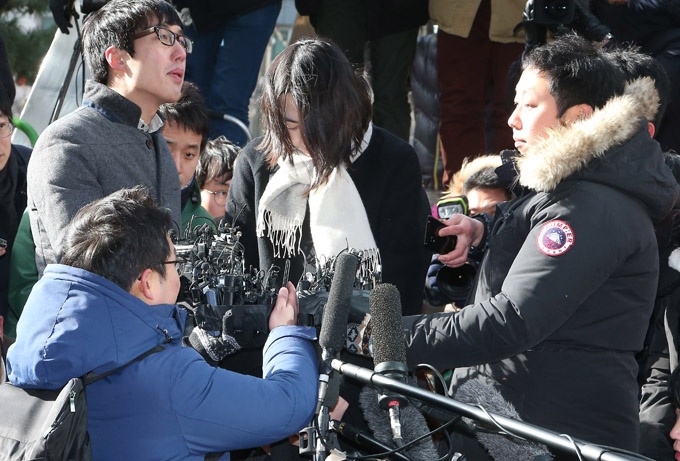 The case has drawn greater attention because not only is she one of the youngest corporate executives in South Korea but also the younger sister of Cho Hyun-ah, who made headlines four years ago for the high-profile ‘nut rage’ scandal.

The elder Cho sparked nationwide fury by “going ballistic” on a Korean Air plane bound to Seoul from New York when she was served macadamia nuts in a bag, rather than on a plate. The enraged Cho ordered her flight back to the departure gate and told the errant crewmembers to leave the plane, holding up the departure of the flight.

The elder Cho was sentenced to a suspended prison term in an appeals court although she was forced to spend months behind bars. The handing down of an sentence in the lower court was seen as unusual in a country where judges are known for being lenient to powerful tycoons.

The latest outburst, however, prompted nationwide condemnation and even calls for chaebol to move away from a management system that values blood ties over business acumen. Such developments are seen as a sign that the country is becoming increasingly intolerant of gabjil and wants such actions to be punished.

“Everyone in the business knows about the antics of the sisters, as well as their mother, who is infamous for acting as if she owns the planes and the employees,” said a 34-year-old Korean Airlines co-pilot who naturally did not want to be named. “Although I love my job and my workplace, I am also ashamed of its corporate culture and inability to change.”

As a sign of the public’s growing anger at such incidents involving the families who control the nation’s largest firms, nearly 80,000 people have signed a petition filed with President Moon Jae-in’s office calling for the company to be banned from using the word “Korean” in its name.

Although very few think drastic measures like altering the corporate name will occur, the latest incident has stimulated debate within public circles, the business community and lawmakers on ways to change gabjil. Such actions even encompass revising policies and laws.

Following the nut rage scandal, a lawmaker pushed forward a bill proposing a ban on members of chaebol working at the companies they control for a set period of time if convicted of a crime.

Experts say self-reform measures by chaebol and deep reflection by those in position to exercise control over others are the most important steps that need to be taken toward a more equal society.

They advocate a two-pronged approach that addresses society’s demands for changes to the distorted ownership structure of major conglomerates, where managerial powers are concentrated in the hands of a few owners, while at the same time generating social consensus to highlight the problems associated with gabjil that is eating into the competitiveness of the country as a whole and tarnishing the image of Korean businesses at home and abroad.