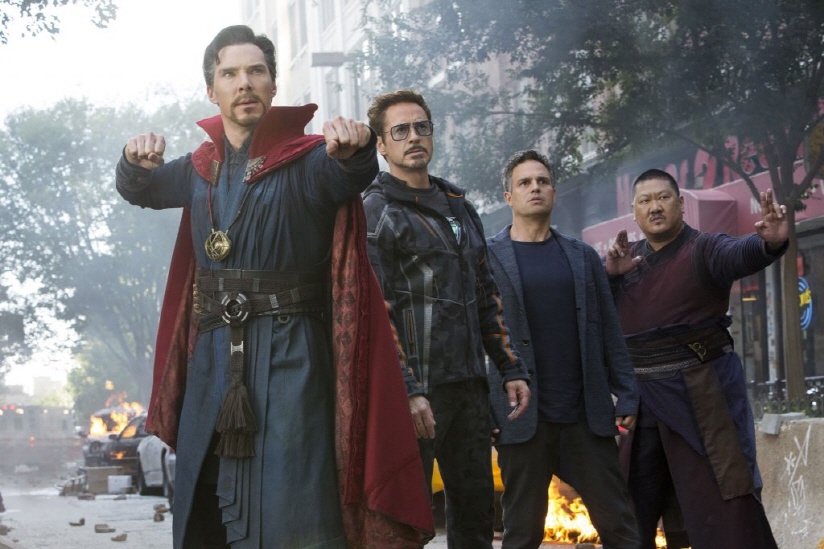 The Marvel superhero flick opened on Wednesday and garnered 976,835 admissions, which is slightly more than 94 percent of all tickets sold in local theaters, the Korean Film Council said.

In addition, the new movie had the biggest opening day for the Avengers franchise in the country, supplanting “Avengers: Age of Ultron” seen by 625,666 people on the first day and 10,490,000 in total.

The strongest-ever opening by “Infinity War” had been largely expected as it sold more than 1 million presale tickets for the first time in the country.

The third movie in the “Avengers” series brings together 22 heroes of the Marvel Cinematic Universe, including Iron Man (Robert Downey Jr.), Captain America (Chris Evans), Black Widow (Scarlett Johansson), Thor (Chris Hemsworth) and the Hulk (Mark Ruffalo) to stop the villain Thanos in his quest to destroy half of the world.