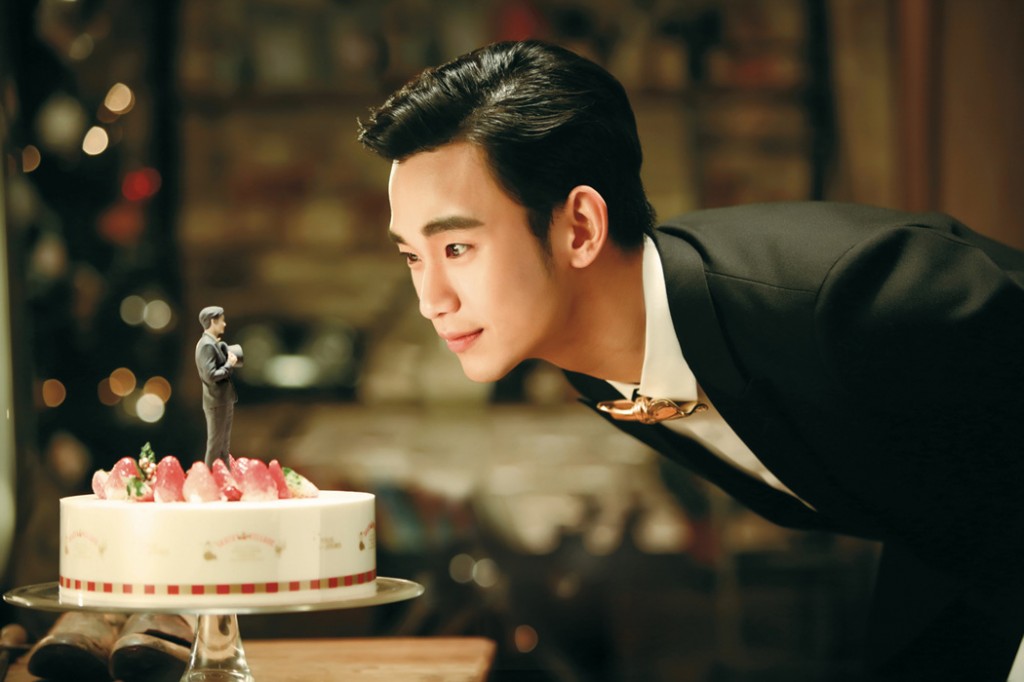 Kim Soo-Hyun, an actor and a heartthrob who is currently appearing on Tous Les Jours commercials, also got a cake with a 3D copy of himself in the new commercial. (image:CJ Foodville)

Tous Les Jours is going to 3D-print of yourself into a small figure doll and make the one and only cake with the figure doll of yourself or your family members. Tous Les Jours is now taking 100 applicants for being photographed for 3D printing on their special event website, www.santa-village.co.kr. A total of 300,000 people have signed up for the promotion so far, ringing a total success of this special event.

Kim Soo-Hyun, an actor and a heartthrob who is currently appearing on Tous Les Jours commercials, also got a cake with a 3D copy of himself in the new commercial. You can check out the process of scanning people and 3D printing of them on the commercial in a somewhat very brief way, but it is an interesting piece of footage showing how the 3D printing technology is making into the commercial area.

If you are looking for a fresh and unconventional Christmas present for this winter, have a look around their event website and apply for a chance to 3D-print dolls of your loved ones. It is due until December 26.

Separately, the Korean government recently announced that it would invest 15 billion won (about US$14 million) for the next five years in tech companies specializing in the 3D printing technology. The Ministry of Trade, Industry and Energy has addressed the 3D printing technology as one of the promising technologies for their new industrial policy blueprint and submitted the budget to the National Assembly.

The 3D printing technology in Korea is still in its infancy and perceived to be in need of more investment. The Korean government has never made a budget for 3D printing-related business before and the market is quite excited about the news, lifting the share prices of companies related with 3D printing.