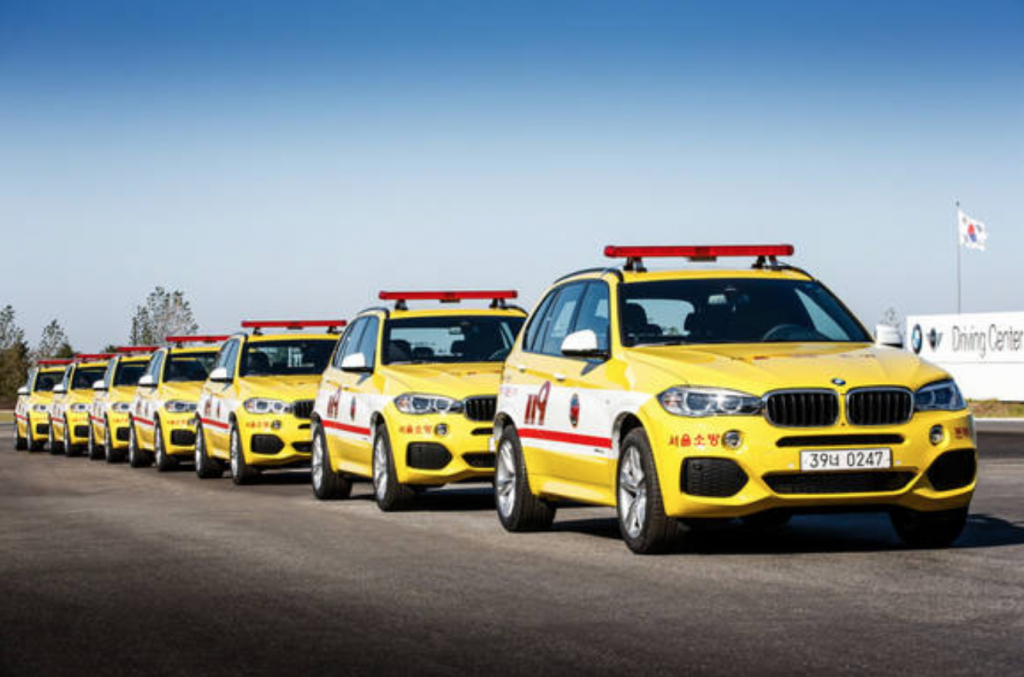 SEOUL, Nov. 17 (Korea Bizwire) – BMW Group Korea donated Wednesday seven X5s, a mid-sized SUV, to the Seoul Metropolitan Fire & Disaster Headquarters. With each vehicle selling for roughly 90-million-won ($76,674) in the local market, the gifted vehicles were custom made to be used as patrol cars at fire departments across the capital.

The automaker covered the full cost of painting and equipping the vehicles, and will provide a five-year warranty and free maintenance, including snow tires.

“Celebrating BMW’s 100th anniversary, we became the first foreign automaker here to support, through donation, the work of local firefighters,” said BMW Korea CEO Kim Hyo-joon. “We’ll be continuing our support and investment in the safety of Korean citizens.” 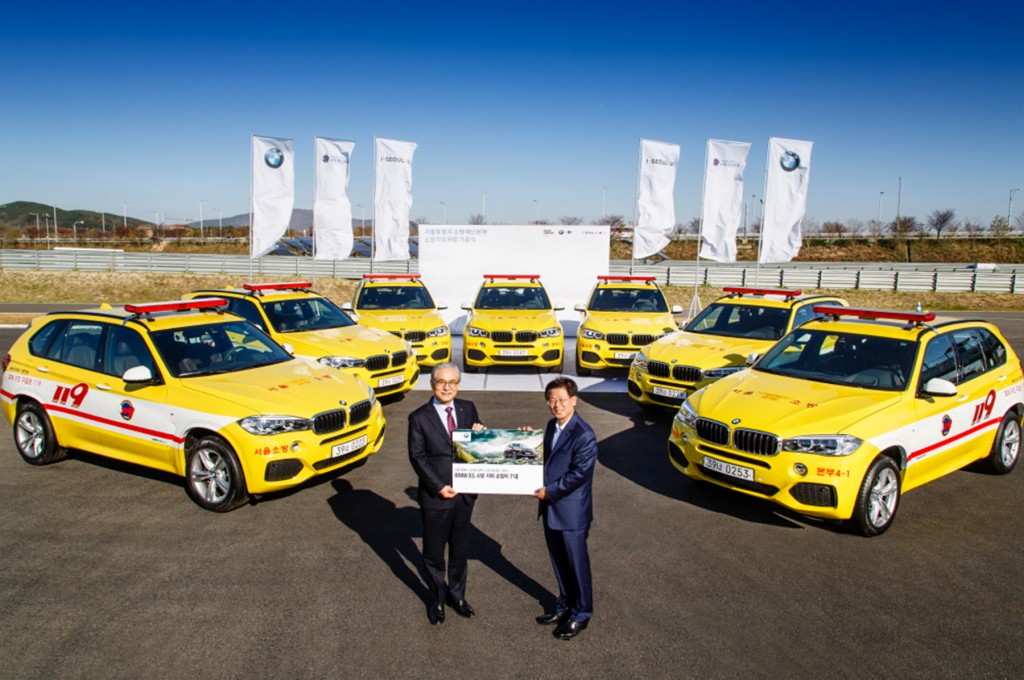