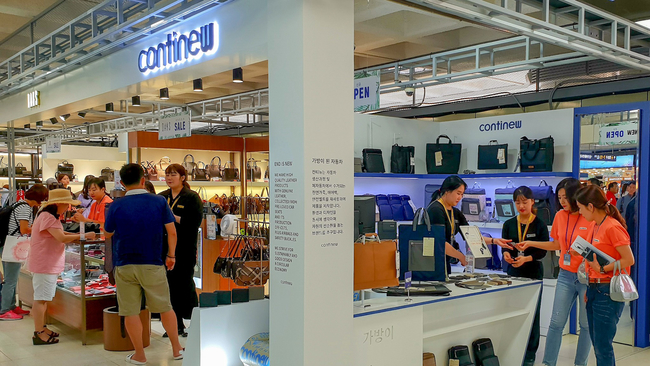 SEOUL, Sept. 5 (Korea Bizwire) — The immense popularity of bags upcycled from leather products by social enterprise MORETHAN’s fashion bag brand, “CONTINEW” has been heavily covered by the press after being included on the shelves of JDC Duty Free at Jeju International Airport.

Ever since CONTINEW, with support from petrol giant SK Innovation, first started selling its products last month at JDC Duty Free, 50 million won worth of merchandise was sold in the first month alone.

Most of the products were sold out in the very morning of the shop’s opening.

A specific backpack that boy band BTS’ leader RM purchased was sold out by 11 a.m.

In addition, six local residents were hired at the Jeju airport CONTINEW store, creating new jobs for the local community. 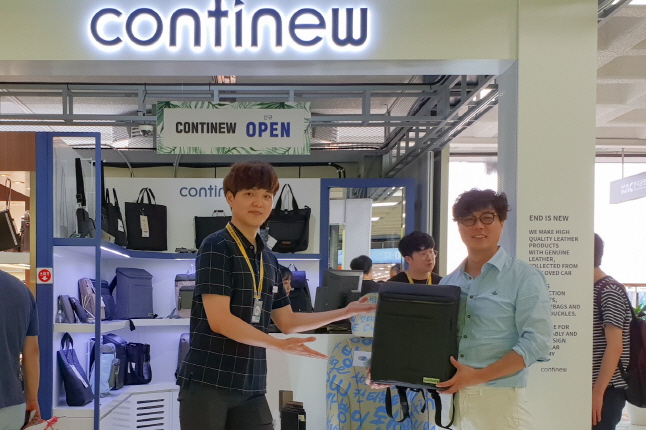 According to an official at SK Group, the operators of JDC Duty Free also welcomed the huge popularity of products created by a social enterprise.

“It is significant that tourists in Jeju are able to understand the importance of social enterprises,” said the official. The backpack made famous by BTS’ RM is crafted from leather car seats, seat belts and air bags.