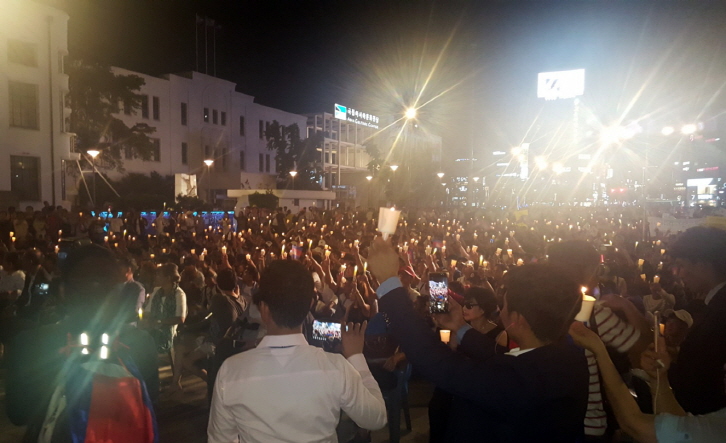 The vigil was held at the May 18 Democracy Square in the city of Gwangju, the birthplace of the Korean democratic movement in 1980.

According to an estimate by vigil organizers, approximately 5,000 Cambodian workers and spouses of Koreans participated in the peaceful demonstration calling for the resignation of Hun Sen, the prime minister of Cambodia who has been in power for the last 33 years.

The Cambodians sang a translated version of “Marching for Our Beloved,” which was the theme song for the Korean democracy movement at the very same venue nearly 40 years ago.

One thought on “Cambodians in Gwangju Rally for Democracy Back Home”