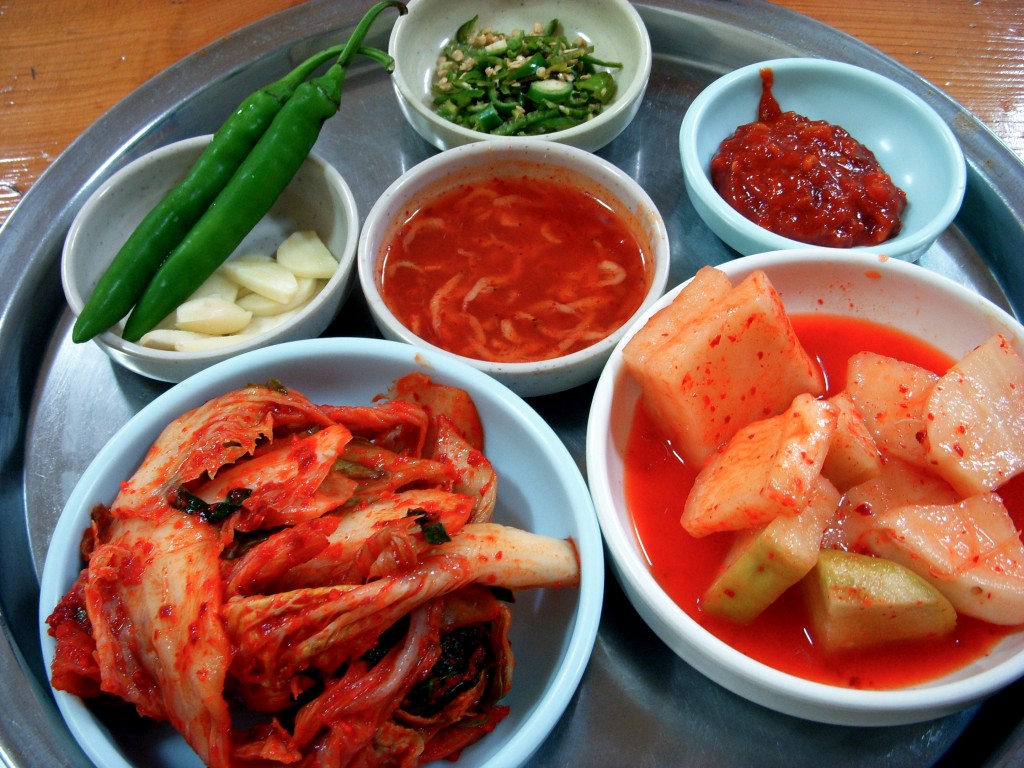 Kimchi has vitamins A, B, and C, but its biggest benefit may be in its “healthy bacteria” called lactobacilli, found in fermented foods. (image courtesy of Wikimedia Commons)

Hwasun, Korea, April 2 (Korea Bizwire) – Korean researchers have developed cpKimchi, a new form of Kimchi which has proven to be cancer-preventive following animal tests. A team led by professors Ham Gi-Baeg from Cha University and Park Gun-Young from Busan University will present the results at the 2015 CRI (Seoul National University Cancer Research Institute) Cancer Symposium which will be held from April 1 to 4.

An analysis at the cellular level also showed that signs related to gastric tumor formation were relatively absent among gastric mucous membrane cells from the cpKimchi-treated group, compared to the control group.

The team did not reveal further details of cpKimchi ‘recipe,’ as they will soon file a patent for it. The cancer-preventive Kimchi project was launched under the Korean Food Foundation’s Korean Food Globalization Business program.