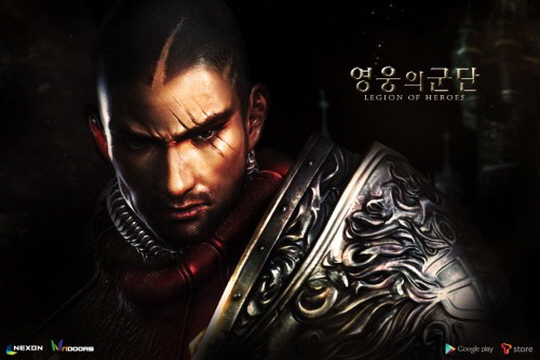 SEOUL, May 8 (Korea Bizwire) – The mobile game industry is raising the stakes to come up with high-quality games with splendid graphic effects that can hitherto be shown on environments like desktop computers or video consoles.

According to the industry, casual mobile games which became popular since the take-off of Anipang in 2012 have officially gone out of fashion as high-quality games hit the market. Consumers who have been tired of overflowing casual games seem to be intrigued by the fancy invasion.

“Blade” by 4:33 which has topped rankings for Free Apps and Best Sellers is in the very eye of the storm. Launched on April 21, Blade is an action RPG in which Unreal Engine 3 was used to incarnate the best game graphics ever and elaborate controls.

“Archspear” by WeMade Entertainment which opened for free on April 13 has screamed success experiencing server malfunctions due to an excessive number of users in one day. Archspear offers a party play mode in which a group of friends can have fun together real time and overwhelming volumes of contents including large-scale field hunting and group battle system, 4,000 items and more than 1,600 quests.

Nexon, the No.1 game company in Korea, which has not been so lucky with mobile games, came up with a high-quality mobile game title “Legion of Heroes.” The new game features massive fantasy storyline, strategic aspects of turn-based battles and brilliant graphics. Nexon has perfected the quality of it since revealing the game title in September 2013 through five beta tests.

Netmarble, which has been recognized its presence in the mobile game market several times already, has thrown down the gauntlet once more. On April 29, it started a closed beta test for its first mobile MMORPG “Dragon Guard for Kakao.” The game offers 100 vs 100 large scale battles, real-time duels between users and real-time party plays.

Since Netmarble is well known for its previous hits including “Monster Taming for Kakao,” “Together Dungeon King for Kakao” and “Seven Knights for Kakao,” the industry and game lovers are waiting for the new game with great expectations.

An industry insider said, “The mobile game trend has already been moving from casual games to high-quality games; hence, the success of a game maker depends on whether it can dominate the market in that category.”