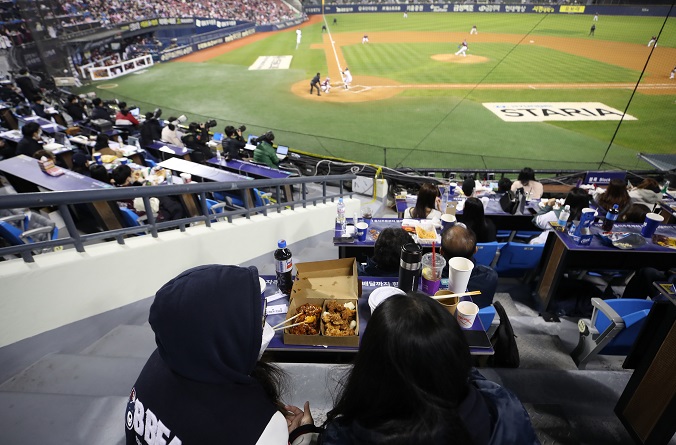 SEOUL, Nov. 3 (Korea Bizwire) — There was some confusion over do’s and don’ts on the first day of the ‘living with COVID-19′ campaign across the nation.

It stood out even more in places that fans of spectator sports have been looking forward to visiting for a long time: baseball parks or football stadiums.

On Tuesday, many fans filled the stands at Jamsil Baseball Stadium in Seoul, where the Korea Baseball Organization (KBO) wild card game was held, but many of them were found to violate disease prevention rules without even realizing it.

According to the government’s newly eased disease prevention guidelines, spectators are allowed to enjoy fried chicken and beer at baseball stadiums, but should refrain from shouting or chanting loudly while watching the game, a measure intended to prevent the possibility of infection through droplets.

So, no rooting for your favorite team? 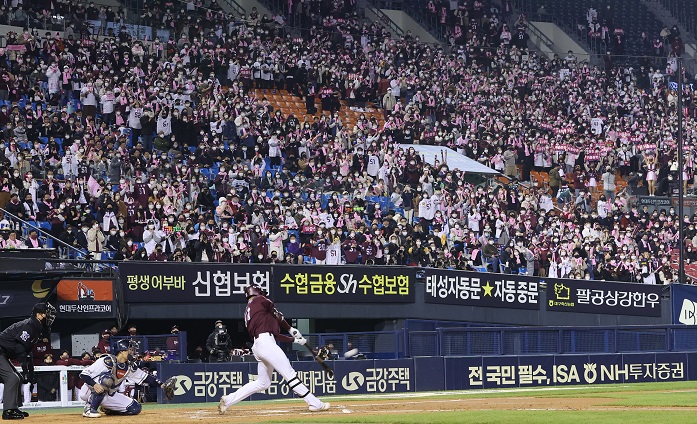 This might be ridiculous, but officials say chanting in the stands would be more dangerous.

“Even if you are wearing a mask, if you shout out or scream the amount of saliva droplets would increase, thereby reducing the effectiveness of mask wearing,” noted Son Young-rae, head of the social strategy team at the Central Disaster and Safety Countermeasures Headquarters, in a briefing session on Tuesday.

Then what about famous fan chants or crowd singing at concert arenas?

Under the first stage of South Korea’s three-phase “With Corona” strategy, concerts will be allowed to host up to 500 people as long as everyone is vaccinated.

But even at concert halls, no screaming or singing along en masse will be allowed, in what is likely going to be a controversial and hard to enforce decision.