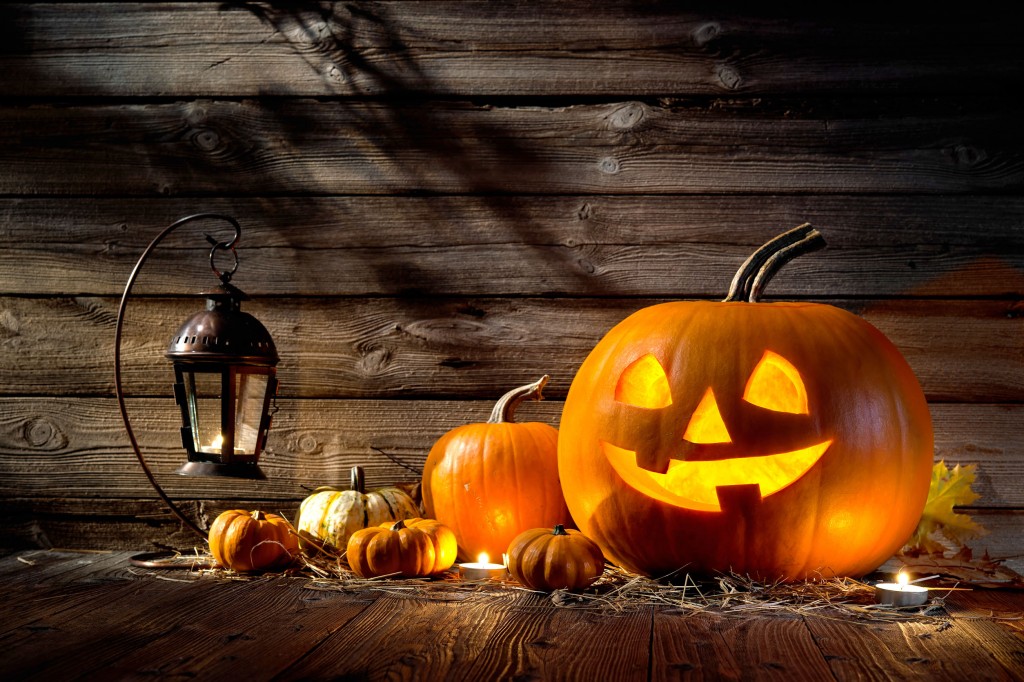 “But embracing foreign holidays that incite consumption, simply because children like them, can be quite concerning.” (image: KobizMedia/ Korea Bizwire)

SEOUL, Oct. 24 (Korea Bizwire) – Halloween has become exceedingly popular in Korea over the past few years. Despite the holiday being mainly American, or Western, seeing young adults in costumes strolling the streets on the night of October 31 is no longer an unfamiliar sight.

However, the event has even spread its influence to kindergarten children, and is now leaving parents confused and concerned over commercial exploitation and the thoughtless pursuit of Western traditions without understanding their origins.

A 38-year-old woman identified only as Kim recently heard from her six-year-old daughter that she had been invited to a Halloween party.

However, Kim, with no knowledge of the occasion, was scolded by her daughter when she told her to simply “go have fun”.  She wasn’t aware of the make-up and dresses that would be socially ‘required’ for the event.

After having succumbed to her daughter’s pleas, the duo stopped in at a local mall, where Kim was shocked to find an entire section dedicated to Halloween products. The items didn’t come cheap. A decent set of masks alone went for 30,000 won ($27).

When she asked her daughter what Halloween was, exactly, she just repeated that she had to go to the party.

“As long as kids are having fun that is fine,” said Kim. “But it’s somewhat a bitter feeling that they’re simply following the trend without knowing the meaning of a foreign festival.”

“I’m also worried that it’s promoting commercial exploitation seeing how the stores were so quick to arrange Halloween-specific corners at their outlets.” 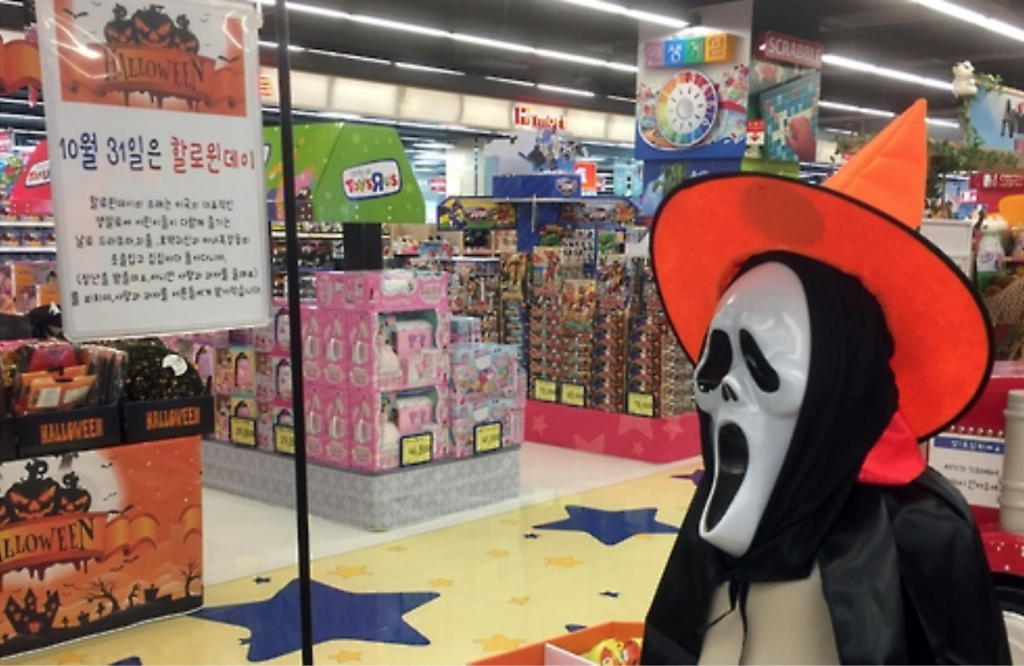 “I’m also worried that it’s promoting commercial exploitation seeing how the stores were so quick to arrange Halloween-specific corners at their outlets.” (image: Yonhap)

Another mother of a seven-year-old son, Lee (36), just spent 50,000 won on a Star Wars costume for this year’s Halloween party, which is being hosted by her son’s English academy; a hefty price for Lee considering that it will only be used once.

According to Lee, however, this is her sixth year preparing a Halloween costume, including three years for her first child. Lee confesses that the most difficult part of preparing for the party is making sure each child stands out with an original costume.

“Parents meet up to make sure each child wears a different costume,” Lee said. “And with each parent wanting their child to stand out, buying cheaper dresses isn’t really an option.”

Education professionals are skeptical of the latest phenomenon, especially when it can create a sense of competition, and incite over-consumption.

“Korea seems to lack cultural activities where everyone gathers together for pure fun, thus adopting festivities like Halloween with no skepticism,” said Jung Young-ae, a professor of child education at Changwon National University. “But embracing foreign holidays that incite consumption, simply because children like them, can be quite concerning.”

Another child education professor, Gachon University’s Lee Yu-mi, also noted that “these Halloween parties (at kindergartens and English academies) focus only on providing entertainment,” and that they sometimes encourage conflict because they focus on party attire, displaying the gap between children.

“Education shouldn’t settle for just following Western culture,” she said. “It should instead focus on understanding and respecting traditional culture from different countries.”