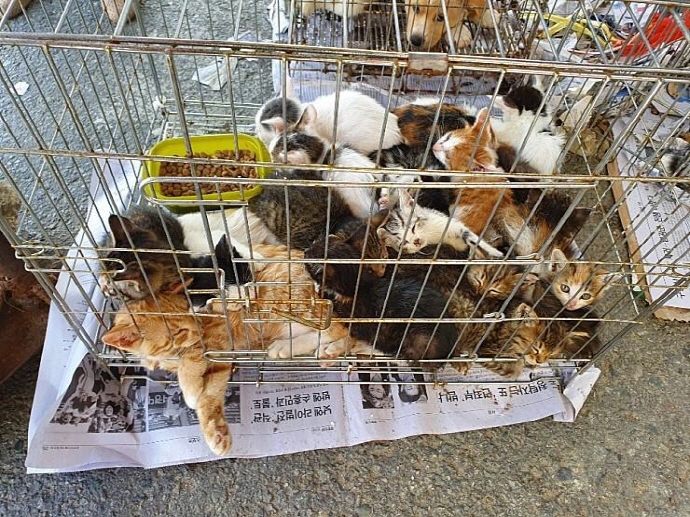 DAMYANG, Jul. 2 (Korea Bizwire) — Controversy is brewing over whether it is illegal to sell dogs and cats in rural markets.

Civic animal organizations across the country held a rally in front of the traditional five-day market at Damyang County, South Jeolla Province late last month and called for the end of the market for dogs and cats, claiming the practice was illegal.

In response, an official from Damyang County reported that under the animal protection law, animals being sold are reported to local authorities first and then put up for sale.

The official further added that the county requested an authoritative interpretation from the Ministry of Agriculture, Food and Rural Affairs as to whether such animals could be sold as pets or not.

A county official said that dogs and cats sold in most markets across the country, as well as in Damyang, are not for the purpose of “companion animals” living in a room with people, but serve the purpose of keeping and protecting houses and other properties.

Regarding the issue, the civic animal groups are also keeping track and closely waiting for the ministry’s decision, making it difficult for the ministry to draw a conclusion.