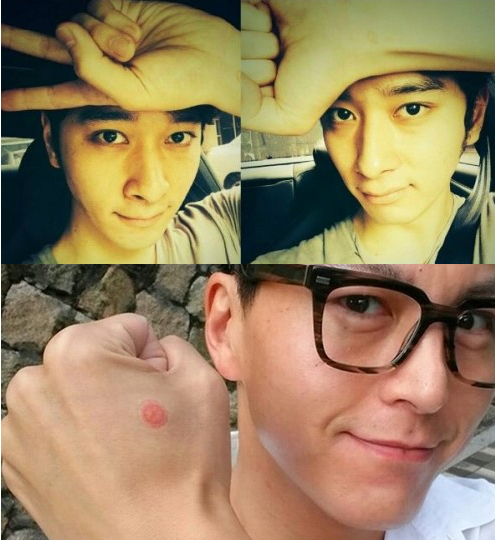 According to the Korea National Election Commission, putting one’s thumb up or drawing a V with fingers in published photos may be subject to the election laws.(image:Hwang Chansung and RyuSoo-young SNS accounts)

SEOUL, June 11 (Korea Bizwire) – The June 4 elections had widely been expected to be quiet and uneventful in the wake of the Sewol ferry incident three weeks ago. The elections were completed without any foul play or controversy.

Just like any other country going through elections these days, Korea is no exception in that people love to take “selfies” right after they cast their ballots and show it off on their social networking spaces. In the past, it was usually restricted to entertainers and other celebrities. But now more and more ordinary people are doing it, promoting themselves that they are proud voters. 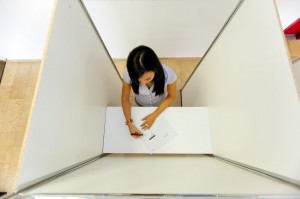 Korean voters are today allowed to take pictures of themselves in front of a polling station and publish them on the Internet. But the pictures must be in ways that show a simple fact that one has voted.

Any picture showing messages or signs to encourage people to get out and vote or support a specific candidate is construed as a violation of election laws. Within the polling station, no one is permitted to take picture of anything or themselves.

One of the most famous selfies in the latest local elections was that of Hwang Chansung, a member of the boy band 2PM, who posted on his Twitter account a picture of him putting a V sign with his two fingers on the forehead.

According to the Korea National Election Commission, putting one’s thumb up or drawing a V with fingers in published photos may be subject to the election laws. Immediately after the posting, Hwang replaced the picture with a more innocent one, with a comment, “No, I shouldn’t have posted a V sign.”

In order to circumvent the laws, some others become inventive by posting pictures with their fist on. Aware of this rule, an actor Ryu Soo-young published on June 4 a picture of his with his ink-stained fist. Seung-Ah and Ji-Sook, the members of a seven-member girl group Rainbow, followed up with the same fist shot on their SNS accounts.

A family member of a victim in the ferry accident also stirred up the SNS space by posting a sad message with a picture of him holding the daughter’s portrait in front of the booth. “She used to say she would be able to vote in a few years after turning 20. I ended up taking her here to show the polling station.”

Marketers Taking Advantage of the Fad

Not to miss the opportunity, marketers have launched a variety of events. By taking advantage of the three-day holiday from the 6th after the June 4 election day, some retailers made offers like discount coupons to those who post SNS messages with photos of a polling station. 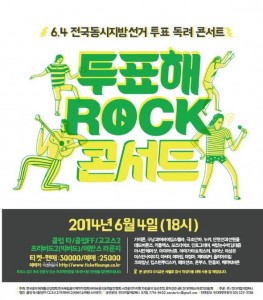 For example, the Seoul LGBT Film Festival made a buy-one-get-one-free offer to any guest who brings her smartphone with a polling station picture in it. Indie movie theater Art Nine will also give a discount of 1,000 won for each admission for voters with pictures proving it.

Five music clubs in Seoul’s Hongdae area got together and offered a special promotion event in which they take 10,000 won off of the ticket price to those who bring polling station pictures or election stamp on their hand or wrist.