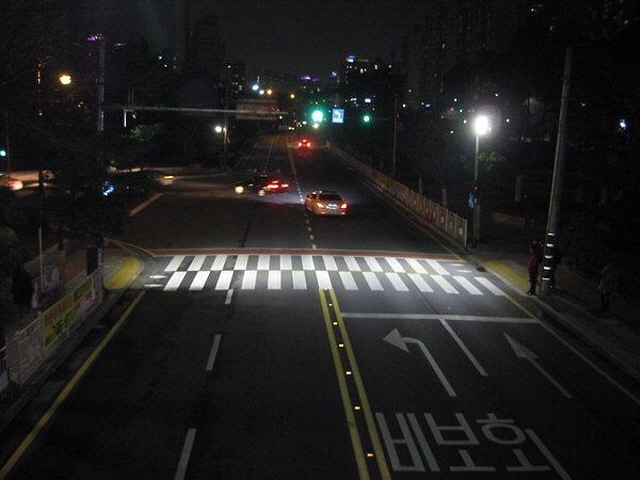 INCHEON, Aug. 22 (Korea Bizwire) — After floodlights were installed at pedestrian crossings in the city of Incheon, the number of pedestrian deaths caused by traffic accidents was found to have decreased significantly.

According to the Incheon Metropolitan Police Agency, the number of traffic accident deaths of pedestrians in Incheon fell 30 percent from 17 deaths last year to 12 this year between January and July during the night hours from 8 p.m. to 6 a.m.

During the same period, the number of pedestrians who were killed while crossing the crosswalk fell by 40 percent, from five deaths last year to three this year.

Earlier in the year, the Incheon Metropolitan Police Agency installed an additional 266 floodlights at 152 different crossings and intersections around the city after traffic accident deaths continued to rise.

As of present, a total of 424 floodlights have been installed in 269 areas in Incheon’s central region.

According to the Korea Institute of Civil Engineering and Building Technology, the installation of floodlights on roads helps expand the visual range of drivers from 73.8 meters to 115.9 meters.

In addition, the chance that pedestrians would check left and right before crossing the road, due to the floodlights, increases from 36 percent to 58.7 percent.

A traffic officer at the Incheon Metropolitan Police Agency said that the floodlights have been very effective in cutting down on traffic accidents involving pedestrians.

“We plan to continue to install more floodlights,” said the officer.