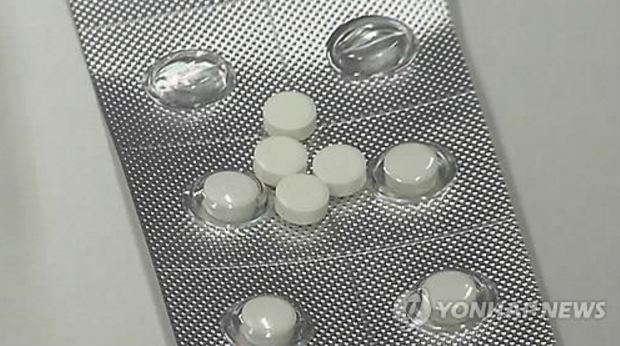 Currently, the biggest problem with these sleep medications is that anyone who has developed drug tolerance can easily purchase the medication legally if they want to take more than the recommended daily dosage – 10 mg/day. (image: Yonhap)

CHANGWON, August 3 (Korea Bizwire) – According to statistics from the National Health Insurance Service (NHIS), the number of individuals suffering from insomnia in South Korea has been growing steadily over the past five years, from 289,526 in 2010 to 455,886 in 2015. Of note, Koreans in their 40s accounted for two thirds of the total insomnia sufferers in 2015.

The results of a recent medical study showed that 12 percent of adults, approximately 4 million individuals, have trouble falling asleep. Experts point to late-night artificial light exposure and changing lifestyle patterns such as exercising or working late as the root causes of sleep problems.

Age also plays a role in sleep disorders, as older people are more likely to have trouble falling asleep due to the aging of the frontal lobe and stress caused by an uncertain future.

With more Koreans suffering from sleep disorders, the sleep aid market is expanding rapidly as well.

However, serious side effects have been reported from taking zolpidem, and so stricter regulations for prescriptions and dosage are being demanded.

The long-term use of sleep aid medication has also been found to cause hallucinations, paranoia, and other adverse side effects including withdrawal symptoms.

Triazolam, also known as Halcion, is another sleep medication that is used as a sedative, but it can cause serious side effects such as hallucinations, and is only recommended for short-term use because drug tolerance develops fairly quickly.

Because of their effectiveness, these sleeping pills are frequently used as date rape drugs. According to the National Forensic Service (NFS), of 148 sexual assaults associated with sedative drugs that were reported from 2006 to 2012, 31 cases involved the usage of zolpidem.

Currently, the biggest problem with these sleep medications is that anyone who has developed drug tolerance can easily purchase the medication legally if they want to take more than the recommended daily dosage – 10 mg/day.

“We can only advise patients not to take too much and warn against overdose. We have no right to refuse to prepare a prescription, and most prescriptions come with a higher dosage than the recommended daily dosage,” said a pharmacist in Changwon.

“The Drug Utilization Review (DUR) system allows us to check if the prescription has been duplicated. If we were given legal authority to refuse to prepare medication, accidental or intentional overdose of these drugs could be prevented, ” he added.

Furthermore, experts stress that if taken under the recommended daily dosage, zolpidem rarely causes any side effects.

“Rather than relying heavily on sleep aid medications, patients who have sleep disorders should first figure out the causes and try to treat the problem with a non-pharmacological remedy. Zolpidem is effective in treating short-term insomnia such as jetlag, but long-term use or overdosing could easily result in tolerance and trigger adverse effects,” said Han Jin-kyu, director of the Seoul Sleep Clinic.

“There are very few medical institutions that specialize in sleep disorders, so many patients visit their family doctors to get prescriptions for zolpidem. Insomnia is slowly becoming a social issue, and as such a supportive health system infrastructure exclusively for sleep disorders should be established,” he added.