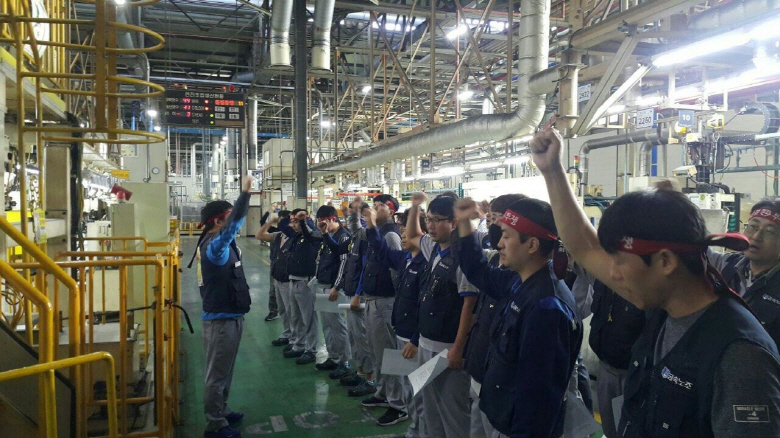 The new deals for GM Korea did not leave the some-2,000 temporary workers employed at GM Korea’s Bupyeong, Changwon and Gunsan factories in lighter spirits.

As the two-month standoff precipitated by the closure of the GM Korea’s factory in Gunsan comes to a close, temporary workers were not given any promises in their struggle to become hired as full-fledged employees.

Temporary workers at GM Korea’s Bupyeong branch had been on strike for over three months in a tent installed in front of the factory since January 30, to no avail. The strike was sparked by the dismissal of 73 temporary employees in December and January.

Temporary workers fear that their contracts can be terminated at any time, considering that outsourcing can be “insourced” to in-house full-contract employees.

The workers on a temporary-contract basis say that despite doing the same work as full-fledged employees, they are given very different wages and treatment.

“Permanent workers see a rise in payroll whereas we, temporary workers, get only the minimum wage,” says Hwang Ho-in, the leader of GM Korea’s temporary worker association.

Temp workers like Hwang claim that after the implementation of labor supervision by the Ministry of Employment and Labor in 2005, the type of work carried out by temporary and permanent workers should differ.

However, temporary workers say that this is not the case and that the distinction is almost nonexistent.

GM Korea’s temporary workers have called on GM to hire them directly, since they are already doing the same work as GM’s regular workers. Temporary employees are currently hired by a third party and “dispatched” to GM’s factories.