“I was so sad to hear that a 500-year-old forest was razed over to make way for ski slopes for the Winter Olympics.”

“There are many aquariums throughout the world that display dolphins and killer whales in captivity. These are fun for us but for the animals it is living hell. If you can start a boycott campaign against these inhumane practices, there will be a change for the better.”

“People tend to realize belatedly what they have done to the nature only after they become rich enough to pay attention to the environment. Money spent on slowing the pace of climate change and environmental destruction is the real investment for future generations. 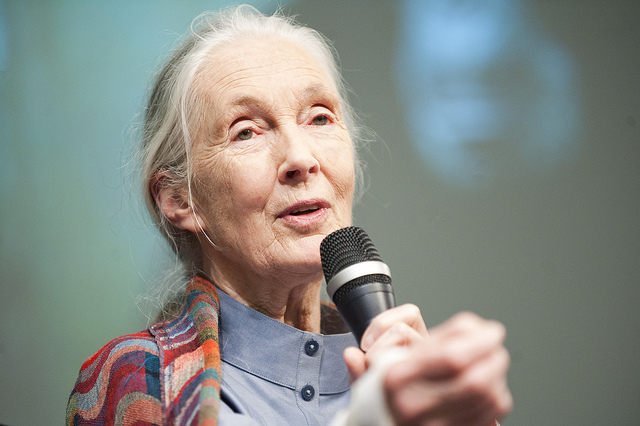 She emphasized that environment protection is not something you have to make a serious commitment but something you can start easily from daily life. (image: World Bank Photo Collection/flickr)

SEOUL, Nov. 26 (Korea Bizwire) — Jane Goodall, the world-renowned primatologist and environmentalist, held a lecture in Ewha Woman’s University on November 25 and said, “It seems everywhere including Korea is putting development over environmental protection.”

Although Dr. Goodall looked weak from a recent ill health and her voice frail from old age, her message in the speech was very strong and unequivocal. She emphasized that environment protection is not something you have to make a serious commitment but something you can start easily from daily life.

[NEWS & PEOPLE]
Goodall is a devoted vegetarian and advocates the diet for ethical, environmental, and health reasons. In The Inner World of Farm Animals, Goodall writes that farm animals are “far more aware and intelligent than we ever imagined and, despite having been bred as domestic slaves, they are individual beings in their own right. As such, they deserve our respect. And our help. Who will plead for them if we are silent?” Goodall has also said, “Thousands of people who say they ‘love’ animals sit down once or twice a day to enjoy the flesh of creatures who have been treated so with little respect and kindness just to make more meat.” (Wikipedia) 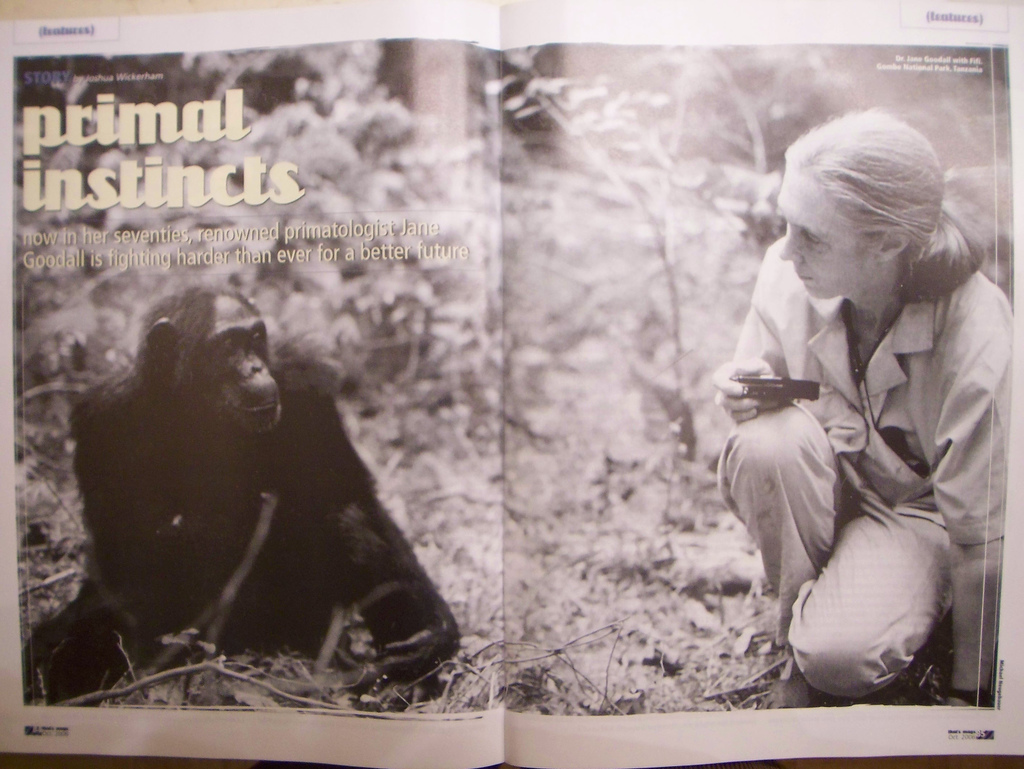 Considered to be the world’s foremost expert on chimpanzees, Goodall is best known for her 55-year study of social and family interactions of wild chimpanzees in Gombe Stream National Park, Tanzania. (image: Kafka4prez/flickr)

Born in England, Dr. Goodall went to Tanzania at the age of 23 to study chimpanzees in the forest. After four decades of research living with the primates, she found out chimpanzees could use tools to catch preys, which overturned the long-held belief that humans are the only animal species that can use tools for survival. She founded the Roots & Shoots program in the 1980s for children and youths to protect the environment and animals.

In her seventh visit to Korea, she showed keen interest in the demilitarized zone. She said, “I am aware that the demilitarized zone is a haven for so many animal species. I prefer the zone to be designated as a world eco-peace park, which will be good for the two Koreas to achieve unification.”