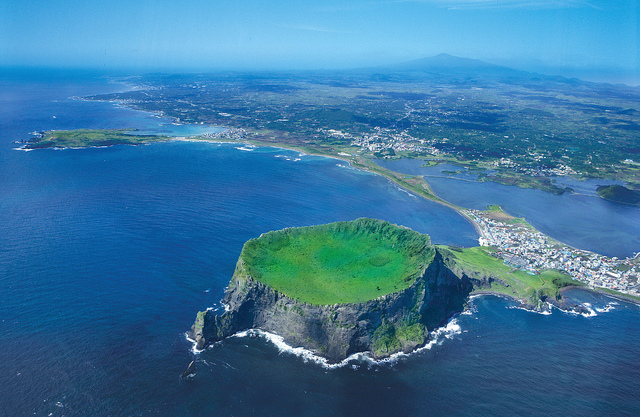 As the investment increased, the land prices have soared as well.(KOREA.NET – Official page of the Republic of Korea/flickr)

SEOUL, Sept. 1 (Korea Bizwire) – The government will revise the rules on the immigration law related to real estate investment, as the law to allow foreign investors to get permanent residence permits has caused real estate speculation in Jeju Island.

According to the 2010 law, any foreign investor spending more than 500 million won (US$493,000) in purchasing resort condos will be eligible for a five-year visa and a permanent residence visa (F-5) thereafter.

After the measure was announced, there have been so many development projects undertaken to build resort condos in the mid-slope of Mt. Halla at altitude between 300 and 400 meters that was considered the nation’s best preserved forests. According to the Jeju Special Self-governing Province, the total number of immigration application taking advantage of the provision has been 1,020 until the end of June this year, with the total investment volume of 860 billion won.

As the investment increased, the land prices have soared as well. According to the Ministry of Land, Infrastructure, and Transportation, Jeju Island’s average land price has risen 1.76 percent during the first half of the year, the second highest in the whole provinces and metropolitan cities after Sejong City (2.79%).

A real estate agent in Seogwipo’sJungmun District said, “As Chinese investors buy up properties in the island, the overall real estate prices are on the rise. Currently the per-pyung (3.3 square meters) price for the Jungmun Tourist Zone is more than 4 million won.”

The provincial government is reviewing to improve the rules so that the island’s environment can be conserved while suppressing speculative investment. For example, a government official said, “We are discussing whether to adjust the minimum amount to 1 billion won from 500 million won. In addition, we are reviewing the merits of limiting the total number of permanent resident visas to 6,000, 1 percent of the island’s total population.

Behind the move by the government, there lies worry that the excessive wave of investment might invite unscrupulous operators. Indeed, the Shaner Hospital & Health Care Center, a hospital to be built by China Stem Cell, a Chinese health care firm, is a case in point. Its parent company Tianjin Huaye Group has recently declared bankruptcy and its chairman has been arrested for fraudulent loans. The Jeju provincial government made a request to China Stem Cell to explain the current situation on August 28.