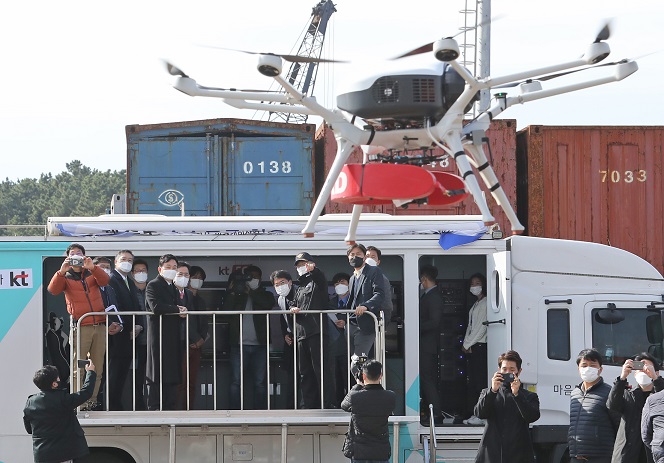 JEJU, Aug. 9 (Korea Bizwire) — Drones are being deployed by beaches in the southern resort island of Jeju as the newest members of their lifeguard teams.

The Jeju provincial government announced that it was deploying hydrogen drones capable of flying longer than two hours at Hamdeok Beach on Monday to monitor hazardous zones in real-time.

The drones are capable of surveillance, as well as sending out warning broadcasts for jellyfish and other emergency situations. 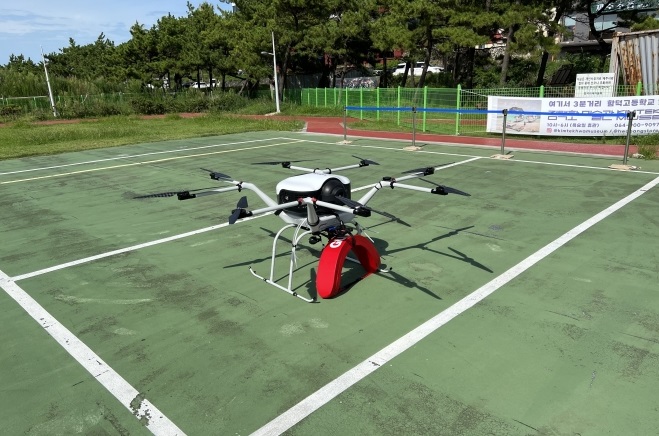 The drones carry a lifebelt that can be dropped immediately once a swimmer in distress is located through the beach situation room and the Jeju Drone Central Control Center.

The beach situation room and the control center will be able to quickly respond to persons entering danger zones and other unusual situations via drone footage.