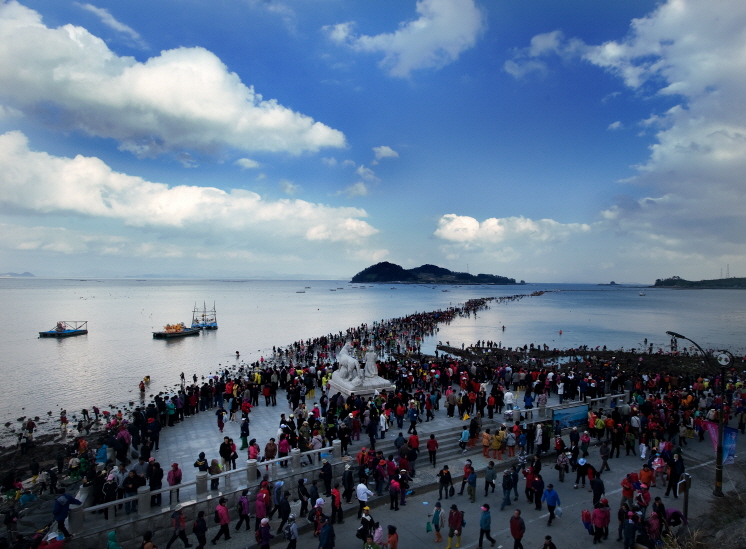 JINDO ISLAND, May 17 (Korea Bizwire) — An annual festival celebrating a phenomenon described as the “Korean version of Moses’ miracle” kicked off its four-day schedule Wednesday on Jindo Island in the south of the country.

Around this time of year, the seawater parts to open a 2.8 kilometer, 40-meter-wide pathway between Jindo Island and Modo Island for a few hours a day, allowing a huge crowd of local and foreign tourists to walk between the islands.

The Jindo Miracle Sea Road Festival, in its 40th edition this year, became known internationally through then-French Ambassador to Seoul Pierre Landy in 1975.

This year’s festival, featuring 70 events, began with a ritual to pay homage to the local mythical figure Granny Ppong, followed by various cultural performances and activities to learn about and experience local music, painting, calligraphy and liquor.

Other events include a torch parade along the sea road, an international academic seminar, a Jindo Arirang contest, a K-pop concert, traditional group folk dance called “ganggang sullae” and a traditional percussion parade.