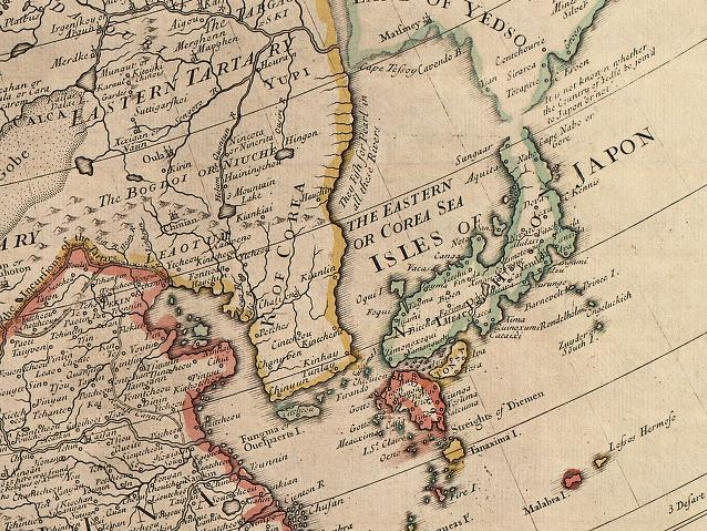 WASHINGTON, April 27 (Korea Bizwire) – Nearly 110,000 ethnic Koreans in the United States petitioned the U.S. government Tuesday to refer to the body of water between the Korean Peninsula and Japan as “the East Sea” in addition to “the Sea of Japan,” their representatives said.

A Korean resident group in Virginia and other representatives said in a press conference in Falls Church, Virginia, that they submitted the petition signed by 108,300 to the White House.

The request was made one day after the International Hydrographic Organization (IHO) opened a five-day conference in Monaco, where South Korea and Japan were divided over how to name the sea.

On Thursday, the resident group sent letters to the members of the IHO, except Japanese and North Koreans, asking them to support the usage of the name East Sea.

During Tuesday’s press conference, the representatives vowed “to keep making an endeavor to gain ‘our East Sea.’”

The Virginia group launched the campaign in 2007. The U.S. state’s Senate overwhelmingly passed a bill in 2014 requiring school textbooks to concurrently use East Sea and Sea of Japan to refer to the sea between the two countries. 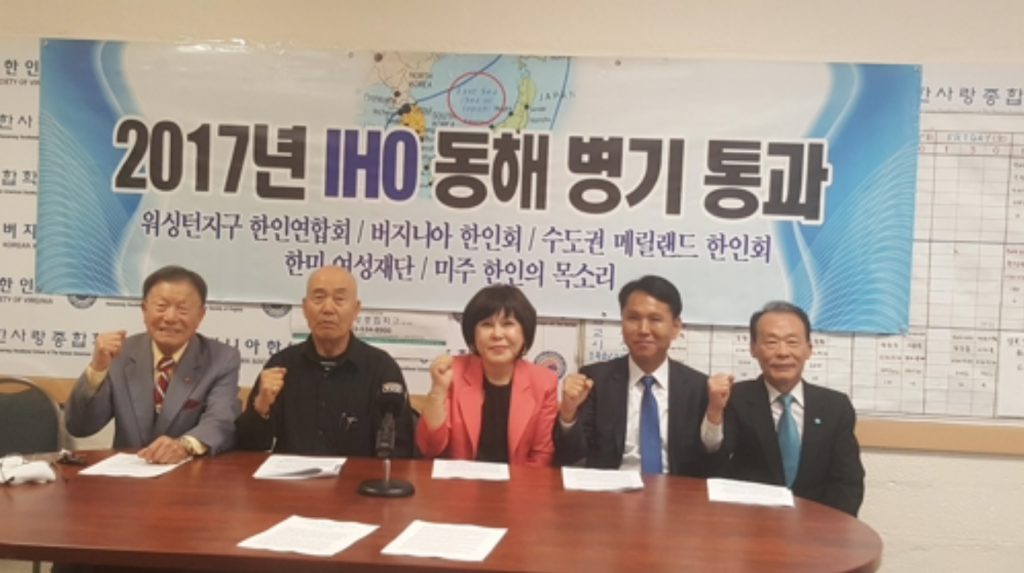 A group of ethnic Korean residents attend a press conference in Falls Church, in the U.S. state of Virginia, on April 25, 2017. (image: Yonhap)

Koreans claim that the name “East Sea” has been used for more than 2,000 years. But the name was not known internationally in modern times because the Korean Peninsula was under Japan’s colonial rule from 1910-45.

In contrast, Japan demands that the waters be called “the Sea of Japan,” as that name has been used internationally since the 19th century, even before the peninsula came under Japanese colonial rule.

At the IHO’s 19th general assembly, a South Korean delegation consisting of 30 government officials and private experts plan to call for a revision to the organization’s publication “Limits of Oceans and Seas” to include the East Sea name.

The publication, also known as S-23, currently refers to the waters between the two countries only as the Sea of Japan.

It serves as guidelines on the limits and names of oceans and seas for the benefit of national hydrographic offices in compiling nautical charts.

S-23 was last revised in 1953, but discord over how to name the sea between the two neighbors has hampered the revision efforts.

South Korea wants both East Sea and Sea of Japan to be used until an agreement is reached. Currently, the Sea of Japan is more widely recognized around the world, but a growing number of maps use East Sea along with the Japanese name, experts say.