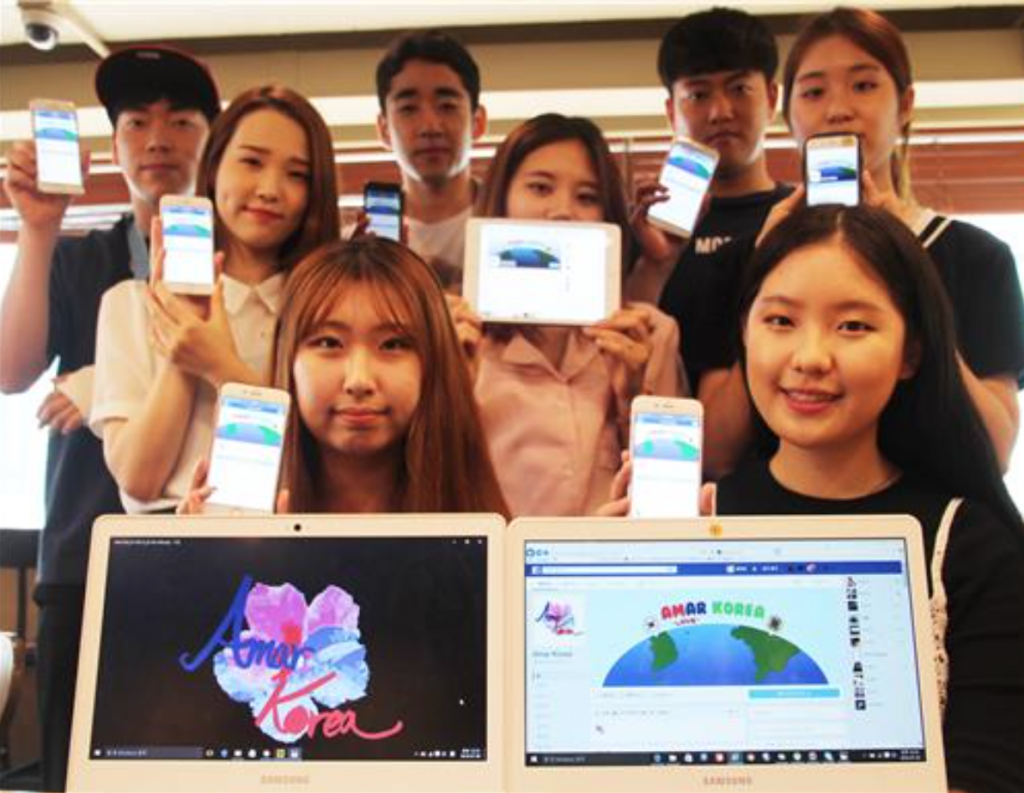 The club, Saengjon-Gyeongjaeng (Struggle for Existence), is made up of some 20 university students, and it started its endeavor early this year by forming a Facebook Page targeting Brazilian youth. (image: Yonhap)

SEOUL, Aug. 4 (Korea Bizwire) – “It took me 14 hours to get to L.A.,” said 17-year-old Conny, who flew all the way from her home in Argentina for the annual K-pop convention KCON that took place in Los Angeles last weekend.

The popularity of Korean culture has grown considerably in South America over the past few years, and to help boost its influence in the region, a Korean university student club has stepped forward to promote cultural content from Korea during this year’s summer Olympics in Rio de Janeiro.

The club, Saengjon-Gyeongjaeng (Struggle for Existence), is made up of some 20 university students, and it started its endeavor early this year by forming a Facebook Page targeting Brazilian youth.

The page is titled Amar Korea, which translates in to ‘Love Korea’ in Portuguese. Sharing information on Korea such as Korean food, clothing, language, music, and cultural heritage in multiple languages (mainly Portuguese and English), the page is currently followed by over 5,000 Facebook users in Brazil.

“Hallyu (the Korean wave) is quickly spreading in South America at the moment,” said professor Seo Gyeong-deok from Sungshin Women’s University. “We thought Rio 2016 would be the perfect opportunity to introduce Korean culture, when all eyes of the world are focusing on Brazil.”

Professor Seo is currently serving as an adviser to the student team.

The actual Olympic period is expected be the peak for the team’s project, and it has recently sent messages to some 20 official pages of major universities in Brazil to help Brazilian students understand, learn, and enjoy hallyu through SNS.

“The best thing about this particular publicity effort is that Korean university students are interacting with university students in Brazil, sharing content that students made themselves. So it’s not only about introducing Korean culture; we’re also serving as a medium that helps our Brazilian counterparts introduce theirs to us.”