“Korea is one of the countries among the Organization for Economic Cooperation and Development members with the highest private education spending. As a way to relieve the problem of income inequality, you should consider raising the investment on public education.”

“It is important to strengthen the public education system to make sure everyone in society can be included in the benefit. Investment in education may bring about an increase in economic growth rate. The wealth inequality must be widened to a reasonable degree. If it’s excessive, the government’s intervention must be justified.”

Thomas Piketty, a French economist,  the author of the 2013 book Capital in the Twenty-First Century

SEOUL, Sep 21 (Korea Bizwire) – As part of a preliminary event ahead of the 2014 World Knowledge Forum, a forum featuring Thomas Piketty was held at the Hotel Shilla on September 19. The professor at the École des hautes études en sciences sociales (EHESS) and the author of the controversial 2013 book Capital in the Twenty-First Century voiced out his insightful opinion on education and wealth gap issues in Korea.

In his book, Piketty focused on wealth concentrations and distribution over the past 250 years. His main contention in the book was that the rate of capital return in developed countries is persistently greater than the rate of economic growth, and that this will cause wealth inequality to increase in the future. As for the wealth inequality issue, one of the remedies he suggested to address the problem was redistribution through a global tax on wealth.

To a question that Korea is different from the cases of developed countries, he answered, “Even though Korea is not yet a developed nation, it is already a rich developing country and one can’t say it can make a two-digit growth forever.”

He also said that strengthening of public education and higher taxes on high-income earners are not a question of either-or and rather complementary and it is advisable to implement it now than later. Prof. Piketty visited Korea for the first time in his life and will take part in the signing ceremony of his book in the Korean edition during his three-day schedule. 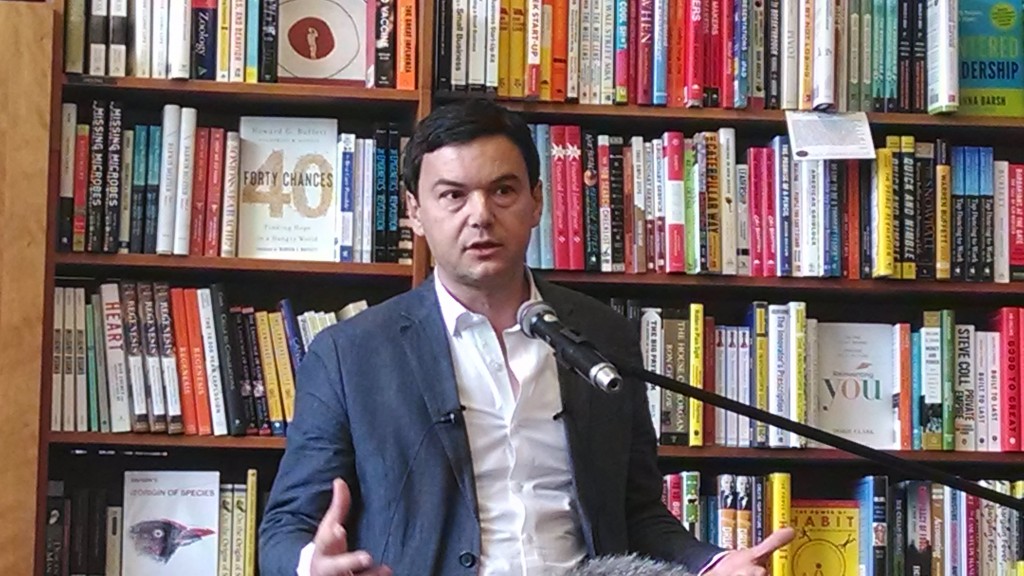