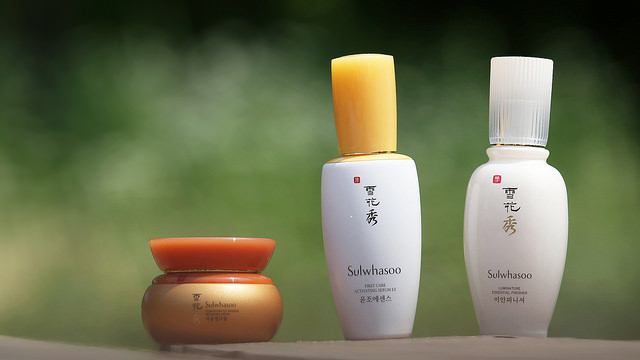 Based on huge success in China, Amore said it will continue efforts to conquer the next “blue ocean” by targeting middle-class consumers in megacities with populations over 10 million. (image: Republic of Korea/flickr)

SEOUL, Sept. 10 (Korea Bizwire) – Amore Pacific, South Korea’s top cosmetic maker, said Wednesday it will step up its foray into overseas markets beyond Asia, such as the Middle East and South America, with a focus on the world’s burgeoning megacities.

Founded in 1945, Amore Pacific has leveraged the growing popularity of Korean pop culture to become an icon of the K-beauty boom, on the back of a stellar performance in China.

Based on huge success in China, Amore said it will continue efforts to conquer the next “blue ocean” by targeting middle-class consumers in megacities with populations over 10 million.

“Amore has grown into Asia’s beauty creator based on Asian wisdom, but it still remains a small company by global standards. Starting from China, we will expand the market to Southeast Asia, India and the Middle East, and march through Europe with unique products,” CEO Suh Kyung-bae said in a ceremony celebrating the 70th anniversary of the company’s foundation.

“I think new fashion styles and innovations will spring out in cities because they are open and draw in everything,” Suh said, noting about half of the 30 megacities are located in Asia.

Amore Pacific said it plans launch shops in Dubai of the United Arab Emirates and Saudi Arabia as early as next year, also setting its sights on Iran, which is set to open its economy once Western sanctions are lifted. Growing middle-class consumers in Latin America will be the next target, he said.

While its jaw-dropping performance in China has contributed to the sharp sales rise over the past years, concerns over the slow growth in the world’s No. 2 economy raised questions over the company’s mid- and long-term growth.

“Although there are macro-economic issues, the key lies in how to better understand Chinese customers and meet their demands.”

The 52-year-old billionaire said Amore Pacific’s continued efforts to create differentiated products have borne fruit by taking opportunity of the Korean Wave as part of the broader “Resurgence of Asia.”

The company said it aims to have 12 trillion won in sales by 2020, expanding the ratio of overseas revenue to over 50 percent.

Suh is South Korea’s No. 2 stock-rich person with 8.69 trillion won in shares, coming right after Lee Kun-hee, the de-facto owner of the country’s largest conglomerate Samsung Group, according to Chaebul.com, which tracks the nation’s large enterprises.

Shares of Amore Pacific jumped 8.11 percent to close at 346,500 won on the Seoul bourse, on rising hope for stimulus measures by the Chinese government. The broader market rose 2.96 percent.