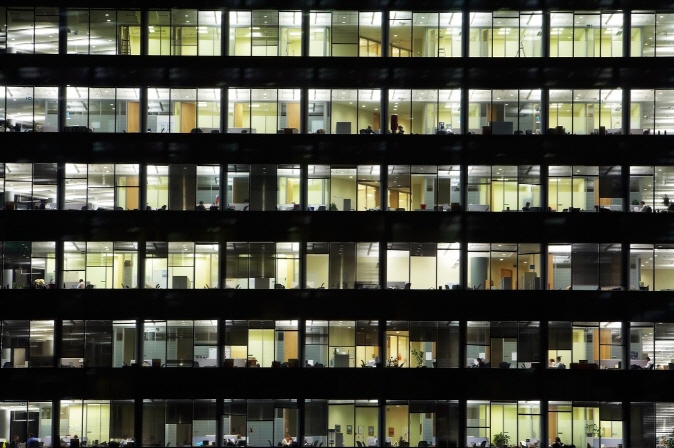 8 out of 10 respondents pointed out that working overtime had a negative impact on their lives. (image: Korea Bizwire)

SEOUL, March 26 (Korea Bizwire) — While the importance of work-life balance has emerged and the tendency to value individual leisure has become stronger, workers are dreaming of calling it a day on time.

However, in South Korea, the reality is that there is no real possibility of leaving work on time.

According to a survey of 1,326 office workers conducted by online job portal Saramin, 85 percent of the respondents said they would “like to leave work on time.”

There is a newly coined term for those who wish to leave work on time at the end of the day, without having to walk on eggshells.

By age group, those in their 20s and 30s definitely showed a higher will to leave work on time, at 91.2 percent and 90.4 percent, respectively.

In addition, unmarried people were more likely to leave work on time than those who were married, at 90.2 percent and 76.9 percent, respectively.

However, the ideal and reality for office workers are still far apart. Three out of 10 office workers said that leaving work on time was almost impossible.

Those who identified themselves as people who leave work on time, chose to leave on time because they did not want to unnecessarily work overtime, which accounted for 61.6 percent.

This was followed by 56.4 percent mentioning the importance of work-life balance, 37.5 percent refusing to be blindly devoted to their employer, and 33.4 percent wishing to enjoy hobbies and a social life after work.

Meanwhile, 8 out of 10 respondents pointed out that working overtime had a negative impact on their lives.

As for the reason behind why overtime has a negative impact, 78.9 percent responded “overtime degrades quality of life.”