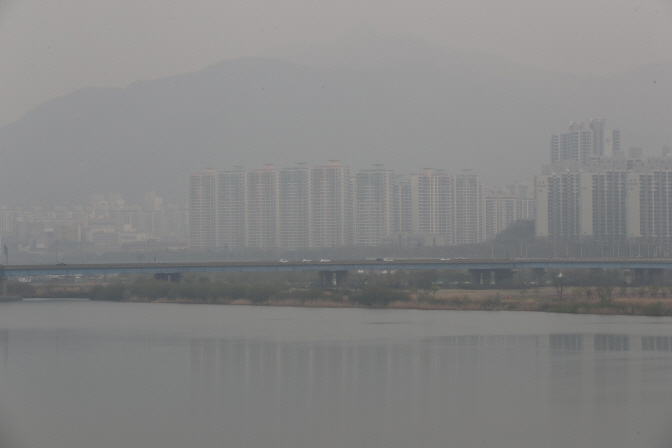 The area around an apartment complex along the Nakdong River in the southeastern costal city of Busan on April 7, 2019, blanketed in a gray haze caused by fine dust. (Yonhap)

SEOUL, Apr. 10 (Korea Bizwire) — The number of cases in which emergency responders drove ambulances to take people affected by respiratory ailments to hospitals rose to a five-year high in the first quarter of the year amid an onslaught of worsened air pollution, government data showed Wednesday.

The data from the National Fire Agency revealed that the agency’s rescuers were dispatched to deal with 21,849 patients who were stricken by respiratory ailments in the January-March period, up from 11,387 in the same period of 2015.

The number of patients with respiratory illnesses who called for an ambulance came to 7,675 in January, 6,556 in February and 7,618 in March.

The March figure is higher than 5,904 in the same month of last year. In the first seven days of March, most of South Korea, including Seoul, was hit by heavy concentrations of PM2.5 harmful particles in the air that were about six times higher than the maximum density recommended by the World Health Organization.