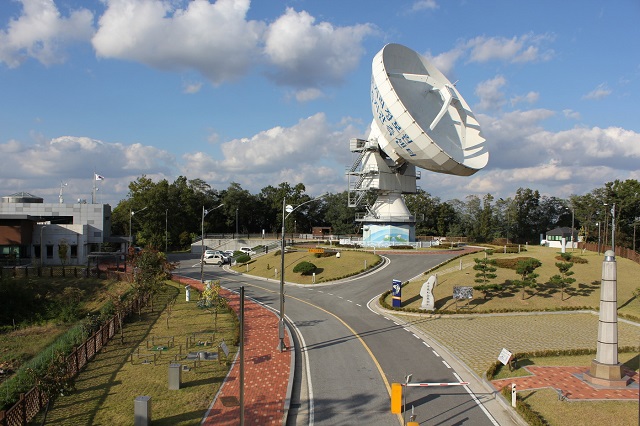 This photo provided by the National Geographic Information Institute shows the Space Geodetic Observation Center in the central administrative city of Sejong.

SEJONG, Jan. 20 (Korea Bizwire) — An astronomy project to explore the universe by connecting 22 radio telescopes in East Asia will be expanded.

The National Geographic Information Institute (NGII) said Wednesday that it had signed a memorandum of understanding (MOU) for the East Asian VLBI joint operation and technical cooperation with seven astronomical institutions in three East Asian countries.

The VLBI, an abbreviation of Very Long Baseline Interferometer, is an observatory technology (device) that provides greater angular resolution by simultaneously operating a multiple number of radio telescopes placed far away from each other.

The NGII noted that the MOU would clear the way for both local and foreign researchers to use the institute’s space telescope for free.

Moreover, it would also allow world-class radio microscopes to be used for various purposes such as the tracking of spacecraft, astronomical observation and geodetic surveys.