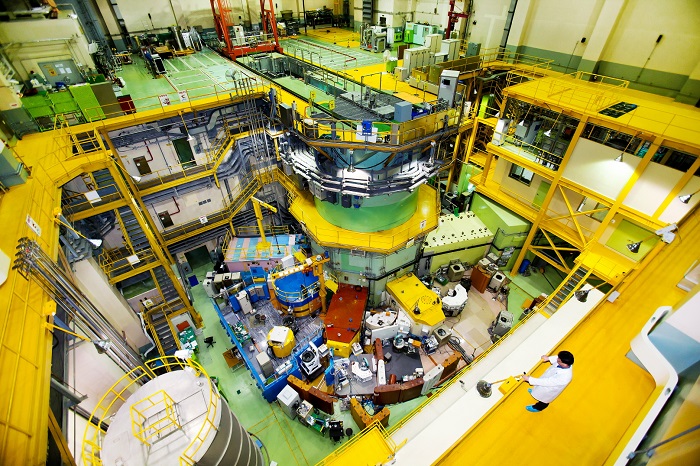 DAEJEON, July 14 (Korea Bizwire) — A South Korean research team has developed new technology that can help reduce the size of radioactive waste down to one-tenth of its original size.

The Korea Atomic Energy Research Institute said Tuesday that it had developed a new method of processing uranium waste currently stored at a petrochemical plant in the southeastern city of Ulsan by reducing its size by 70 to 90 percent, which will qualify it to be sent to the repository in Gyeongju, 370 kilometers southeast of Seoul.

The institute first liquified the waste, then precipitated the silicon that comprises more than 60 percent of the radioactive waste.

Silicon is harmless to the environment and can be processed easily.

The remaining waste, which contains uranium, goes through a special heat treatment to be formed into a solid object using cement and other substances and kept inside a glass and ceramic material to maximize stability.

Silicon, which was previously difficult to separate from uranium, was successfully extracted in a one-step process.

The institute plans to transfer the new technology to a designated firm to process some 8,600 drums of low-level radioactive waste currently stored at the Ulsan plant within the next five to seven years.

This radioactive waste consists of byproducts of petrochemical production between 1997 and 2014, during which catalysts that contain uranium were allowed for use.