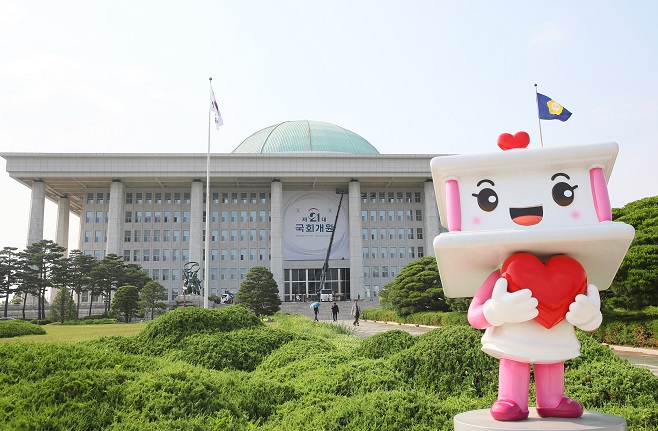 An image of the National Assembly in Seoul (Yonhap)

SEOUL, Oct. 30 (Korea Bizwire) — Shameless parents who claim the wealth of late children they abandoned are angering the public.

Such cases have been brought to light repeatedly but the National Assembly remains prudent when it comes to the revision of related laws.

A total of five legislative bills designed to block such shameless parents from inheriting their forsaken children’s property have been tabled at the 20th National Assembly.

The Legislation and Judiciary Committee at the National Assembly, however, decided to continue the review process, with such legislative bills being scrapped along with the termination of the parliamentary session.

This situation came about after the legal community pointed out that the concept of profound negligence on the duty of childcare is ambiguous enough to cause some side effects despite the need to revamp the inheritance law to better cope with social changes.

The report pointed out that the criteria about the scope of childcare duty for the heirs were not clear, and it would be problematic to judge if they had been profoundly negligent in carrying out their duties.

In 2017, the Constitutional Court also ruled that the method and degree of performing childcare duty can differ depending on the economic conditions and the shape of family life.

Chances are high that legal disputes could frequently occur if the duty of childcare is regarded as a reason for disqualification of inheritance.

Nonetheless, there are many who have voiced concerns about the legal loopholes, and are calling for the passing of the legislative bill as quickly as possible to prevent such cases from recurring.