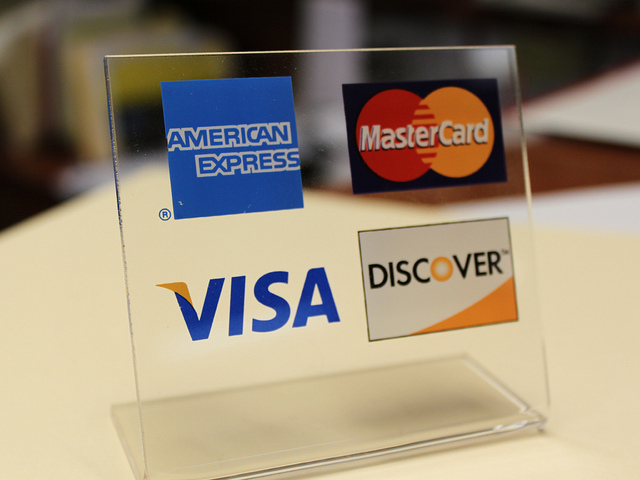 For the first time, the number of cards issued turned to a downward trend last year. (image: Philip Taylor PT/flickr)

According to the Bank of Korea’s “Payment and Settlement Report for 2013,” a total of 209.03 million cards were issued last year, down 4.3 percent from the previous year’s 218.46 million. This is the first time for the number of cards issued to turn to a downward trend since 2004 when the statistics have begun to be compiled.

This is largely because of the financial regulators’ curb on overly aggressive sales promotions by credit card company sales agents. In addition, the regulators’ directive to cancel and close all dormant credit card accounts may have been a factor.

A Bank of Korea official said, “Recent Internet security breaches at credit card companies will likely affect the demand for credit cards for a while.”

Indeed, the number of cards issued by the financial service providers that bore the brunt of the personal information leaks including KB Kookmin Bank, NH Nonghyup Bank, and Lotte Card during the month of January this year has reduced by 1.3 million for credit cards and 900,000 for debit cards.

Although the daily credit card transaction volume was 1.6 trillion won in 2013, up 4.8 percent from 2012, the rate of growth has slowed from 7.7 percent in the previous year.

At the expense of the declining popularity with cards, mobile payment volume has increased rapidly. Mobile fund transfers have occurred an average of 2 million a day, with the amount of transaction reaching 1.4 trillion won. This is a 7.5-fold increase from 2009 just before the introduction of smartphone-based mobile banking.

The mobile card app launched in April 2013 has been adopted fast to record its daily volume of transactions reaching up to 2.6 billion won.