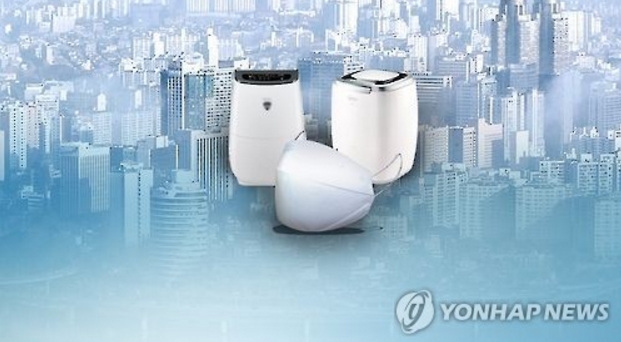 Six of Samsung Electronics’ air purifiers, which it claimed to bewere free of toxic substances, were also among the concerned models – surprising news for both Samsung and consumers. (image: Yonhap)

SEOUL, July 21 (Korea Bizwire) – The Korean Ministry of Environment confirmed on July 20 that Octylisothiazolinone (OIT) – a toxic substance that instigated the Oxy humidifier sterilizer scandal in Korea several months ago – was found in 58 models of air purifiers and three vehicle air conditioner filters currently being sold locally, and advised manufacturers to recall the products.

Six Samsung air purifiers, which it claimed were free of toxic substances, were also among the concerned models – surprising news for both Samsung and consumers.

Last month, Samsung denied any association between its air purifiers and OIT because dust filters used in its products are manufactured with a material containing inorganic antibiotic agents for anti-bacterial function, thus using only the material’s antibiotic effect.

The extent of risks resulting from the presence of OIT in each of the products have yet to be determined.

“The risk assessment of OIT has to be carried out over an extended period of time in order to be certain about the risk factors, which isn’t always possible or practical. Therefore, we looked into a certain number of products currently being sold that could potentially have harmful effects on the human body, and advised the companies to recall their products if they contain OIT, as a preventive measure,” said the ministry official.

Unlike other companies that are responding quickly following news of the discovery, Samsung is in the process of conducting its own investigation into the matter.

Since the press revealed last month that the anti-bacterial filters used in some automobile air conditioning units and air purifiers contain OIT, Coway, LG Electronics, and Cuckoo confirmed the presence of toxic material in their products, and announced plans to replace filters free of charge.

“We started to offer free replacement filters with ones that do not contain OIT at the end of June, before the Ministry of Environment’s public announcement was made. To the best of our knowledge, the filters have not been linked to any detrimental health effects, but we will still try our best to keep customers satisfied and free of concern,” said an LG official.

The antibacterial filters being investigated are manufactured by 3M and CNTUS-SUNGJIN.