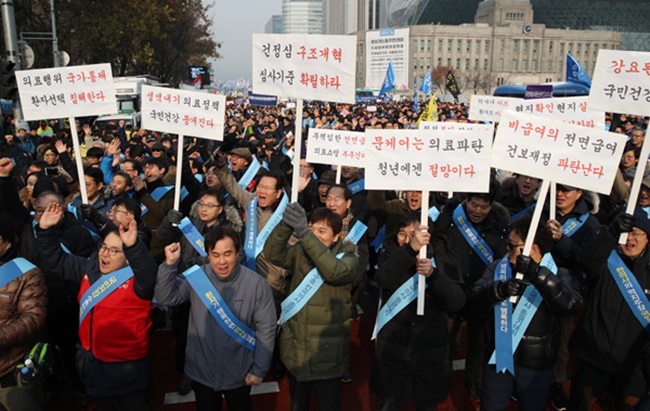 SEOUL, May 21 (Korea Bizwire) — A new study has revealed that that 8 out of 10 Koreans view conflict within society as being “severe.”

According to a report released on Saturday by the Korea Institute for Health and Social Affairs, 8.5 percent of respondents answered “very severe”, and 71.8 percent “generally severe.”

Thus, 80.3 percent of the respondents thought that conflict within society was severe to a certain degree.

Meanwhile, 17.5 percent of the respondents thought that conflict was “not very severe” while only 0.8 percent said it was “not severe at all.”

Pertaining to questions related to the causes of conflict, 82.5 percent of respondents said that ideological differences between liberals and conservatives were “very severe” or “generally severe.”

Other factors of social polarization included conflict between permanent and temporary workers (81.9 percent), between management and workers (81.7 percent), and between the poor and wealthy (79.8 percent).

Around 80 percent of respondents said that social and economic conflict was “severe.”

However, conflict stemming from multi-cultural families (49.9 percent), commercial developers and environmentalists (62.9 percent), and age gaps (58.1 percent) was found to be less polarizing.

The report stated that the gap between liberals and conservatives was linked to the Choi Soon-sil scandal that rocked the nation at the end of 2016.

But the report also said that as the stage of political confusion comes to an end, social issues that stem from political polarization would also subside.

The issues caused by the slowing economy, however, may take longer to resolve, as they would “result in monetary costs and require time,” said the report.

And as economic inequality is on the rise world-wide, a better system to provide various policies to deal with such inequalities appears to best way to move towards solving the problem.