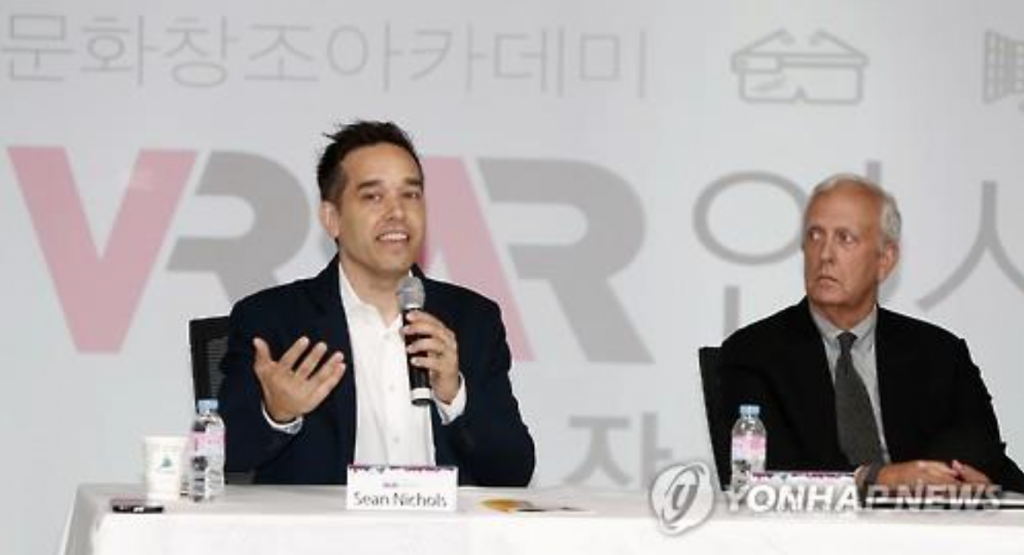 SEOUL, Aug. 26 (Korea Bizwire) – The cultural academy of the Korea Creative Content Agency (KOCCA) on Friday opened a conference to provide insight into global trends and the future of virtual reality (VR) and augmented reality (AR).

The one-day conference in Seoul titled “The VR, AR Insight” brought together local and international experts on the two innovative technological fields.

Speakers at the main event include Scott Fisher, professor and founding chair of the Interactive Media Division at the School of Cinematic Arts at the University of Southern California; David M. Krum, associate director of the L.A.-based ICT Mixed Reality Lab; James Blaha, founder and CEO of San Francisco-based Vivid Vision, and Sean Nicholas, managing director of Blippar Japan.

They will present their opinions on the past, present and future of the development of VR and AR technologies, according to cel Academy, which hosted the event. The cel Academy is a state-run incubator for young talent who will lead the future of the local content industry through the convergence of culture and ICT technology.

As a scholar who has been studying the two fields for nearly 40 years, Fisher will give a vivid account of VR history while Krum will unveil the story behind the founding of the virtual reality headset company Oculus. Oculus founder Palmer Luckey worked as a technician in the warehouse-like L.A. lab of the University of Southern California’s Institute for Creative Technologies.

Blaha will share know-how that he accumulated in the development of a VR system designed for people who have lazy eye and Nicolas will present his views on the future of the AR industry.

“We’ve been very lucky recently because Pokemon Go, which you may have heard of, is getting the word ‘AR’ out there into the public in a big way, creating lots of buzz,” Nicholas said during a press conference that preceded the event.

But Pokemon Go is AR in the “very simplest sense” and the future of AR is not necessarily on the smartphone app, he said.

“Wherever there is a lens and a computer attached to it, there’s an opportunity for a visual recognition. So as we go forward into the future, you have to think of the time when maybe the lens isn’t in your smartphone. Maybe it’s in our glasses, or contact lens or somewhere we can’t even imagine yet.”

When the time comes, he went on saying, “there won’t be a keyboard to type your search word on.”

He forecast that “visual recognition” is going to be key in the next age.

“I think VR is still in an early stage, but I think AR will become more of an everyday tool for us in the next 10 to 15 years,” Fisher said during the same news conference. “It seems that VR is more of a kind of destination experience, a kind of like going to the movies.”

But eventually those two technologies will merge into one, he forecast.

“There will be a continuous experience between VR and AR being able to move easily back and forth. So the term that is now being used for that is ‘mixed reality’,” he said.