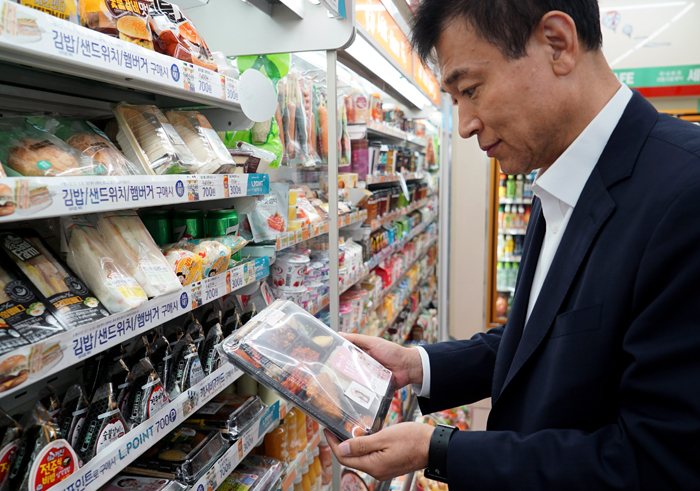 The number of single-person households has expanded by 28.6 percent since 2000, which means dining out, the consumption of prepared food and the use of convenience stores have all increased significantly. (image: 7-Eleven)

The suggestions were based on a report released by The Korea Chamber of Commerce and Industry (KCCI), identifying the changes in the domestic consumption market.

Companies should look into precedents established by the experience of Japan to predict future consumption trends and prepare for the shift in demographics.

The first change the KCCI pointed out was the expansion of the senior market. Since last year, the number of retired seniors has doubled.

Compared to the past, seniors now have the ability to shop online and show increased willingness to spend money.

Data from Japan shows that there has been increased spending by seniors as they hold more than 60 percent of the financial assets in the country, along with a boost in products and services typically popular among seniors such as the healthcare industry.

The KCCI also pointed to the example of a delivery service provided by 7-Eleven for seniors, and an easy online shopping environment.

The second change derives from the shift from family to living alone.

The number of single-person households has expanded by 28.6 percent since 2000, which means dining out, the consumption of prepared food and the use of convenience stores have all increased significantly.

For the young generation, price has become an important factor.

The final change is the pursuit of so-called “small but certain happiness” and “heartfelt satisfaction over price”. The younger generation no longer follows popular trends, with everyone trying to maximize their own personal satisfaction.

The “small luxury” item market is expected to grow as well as experience-oriented consumption.

In Japanese book stores, there are often areas where customers can enjoy coffee and at the same time appreciate classic movies or CD displays.

To sum up, the KCCI suggested strategies to respond to such changes in the market; to foster the senior friendly market, to meet personal preference, and to evoke both value and sentiment.