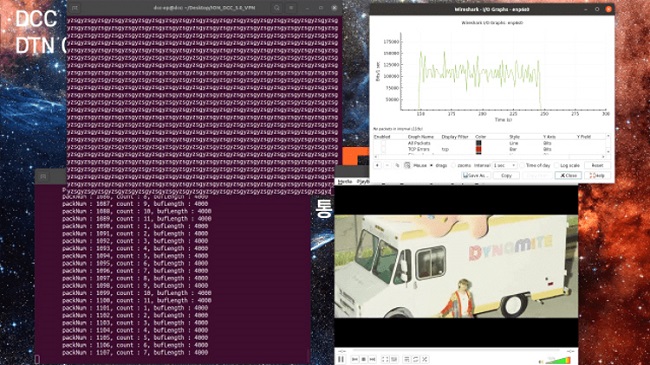 This image provided by the Ministry of Science and ICT highlights the transmission of BTS’ “Dynamite” music video from Danuri.

Danuri, also known as the Korea Pathfinder Lunar Orbiter, underwent data transmission tests on Aug. 25 and Oct. 28 from 1.21 million kilometers and 1.28 million km away from Earth, respectively, according to the Ministry of Science and ICT and the Korea Aerospace Research Institute (KARI).

The orbiter used its own space internet device, which splits the data and sends the signal down to receivers on the ground through the U.S. National Aeronautics and Space Administration and KARI.

During the first test led by the Electronics and Telecommunications Research Institute (ETRI), Danuri sent the music video of BTS’ “Dynamite” from its storage.

On Oct. 28, ETRI texted to Danuri, and the orbiter returned the message to the institute.

The ministry also released sets of images of the moon, which the orbiter shot every day from Sept. 15 to Oct. 15 with its high-definition camera.

In particular, 15 photos captured the moment of the moon passing Earth from 1.54 million km away on Sept. 24. 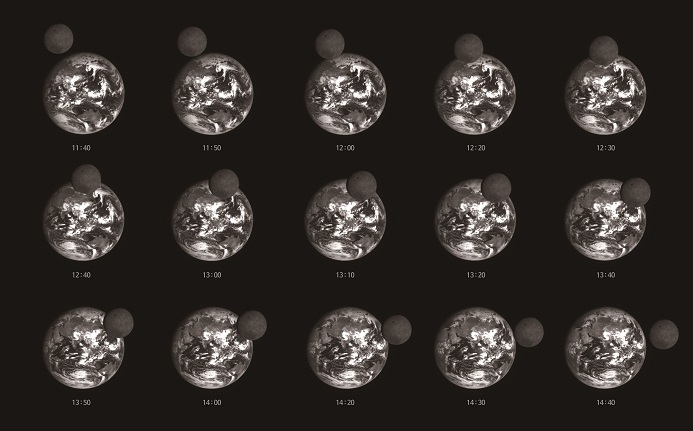 This image, recently taken by a camera onboard South Korean lunar orbiter Danuri on Sept. 24, 2022, and provided by the Korea Aerospace Research Institute, shows the moon passing Earth.

Meanwhile, the ministry said Danuri has successfully undergone the third trajectory correction maneuver (TCM), in which its direction, position and speed were readjusted to head back toward the moon, on Wednesday and confirmed the TCM’s success Friday.

Danuri was launched in August aboard a SpaceX Falcon 9 rocket from Cape Canaveral Space Force Station in the U.S. state of Florida for South Korea’s first lunar mission.

The orbiter is currently on its way to the moon on a ballistic lunar transfer trajectory — which takes the vehicle toward the sun before looping back to arrive at the moon’s orbit in December.

The route, while much longer than traveling directly toward the moon, is more fuel efficient, as it uses the sun’s gravity for travel.

The science ministry said Danuri had been at 1.05 million km away from Earth and flying at a speed of 0.54 km per second as of Nov. 7, 94 days after its launch. It has traveled a cumulative 2.66 million km so far.

It is scheduled to arrive on the moon in late December and will measure terrain, magnetic strengths, gamma rays and other traits of the lunar surface using six onboard instruments during its yearlong mission starting in January.