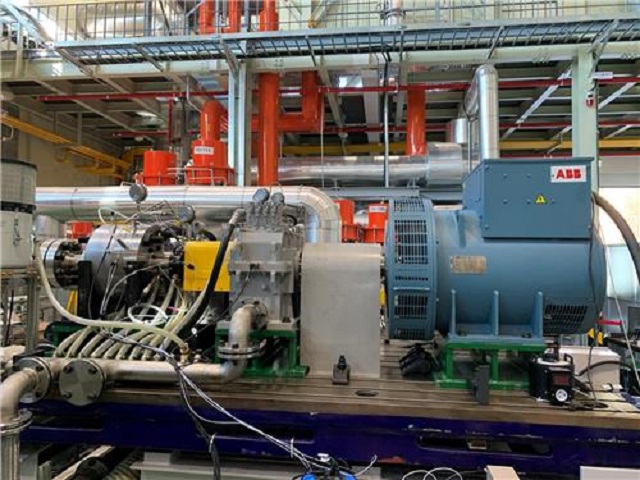 The Korea Institute of Machinery and Materials (KIMM) announced Tuesday that it developed core machinery such as pumps, turbines, and heat exchangers needed for the supercritical carbon dioxide generation system.

The recent feat marks the first of its kind in which South Korea, using only domestic technology, succeeded in developing and verifying a supercritical carbon dioxide generator.

The new technology generates electricity by heating up carbon dioxide instead of steam, based on the scientific fact that carbon dioxide reaches a state of supercriticality at a lower temperature than steam.

Carbon dioxide is capable of reaching a supercritical state at a temperature of 31 Celsius and pressure at 7.37 megapascals (MPa), much lower than the critical point at which water turns into steam (374 Celsius, 22 MPa).

Supercritical carbon dioxide, thanks to its low viscosity, sustains less frictional loss. It is also dense, allowing turbines to be designed smaller.

A generator that uses supercritical carbon dioxide is 4 percent more efficient than other steam-based generators, at one-twentieth of the size.