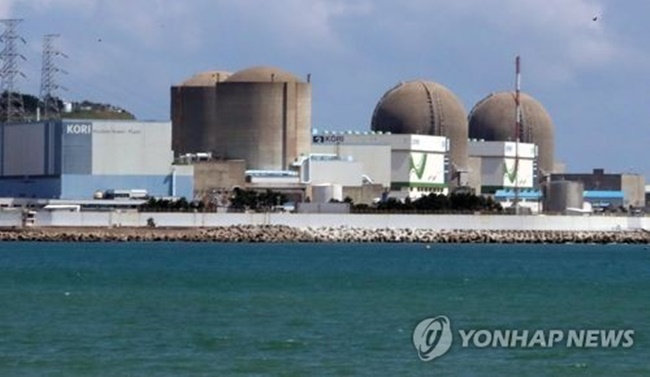 The evaluation sent to Rep. Kim Jong-hoon of the conservative Liberty Korea Party revealed that the outer protective wall of local reactors were never meant to withstand a missile strike or other forms of concerted attacks.

The reinforced concrete walls are the last barrier built around reactors that can contain radioactive materials from being released into the surrounding area in the event of a serious accident.

“They have been designed from the outset only to remain standing in the face of typhoons, earthquakes and other forms of natural disasters,” the lawmaker said. He pointed out that the casing can deflect the blast of explosions and debris from the inside, although not from external strikes or even the kind of terrorist attack that destroyed the World Trade Center in New York on Sept. 11, 2001.

Related to measures being taken, the lawmaker claimed that Seoul was several years behind the United States in coming up with safety measures to deal with intentional military and terrorist attacks.

He pointed out that South Korea came up with evaluation procedures todeal with external threats only late last year. The U.S. Nuclear Regulatory Commission called for measures that would protect reactors and nuclearpower plants from attacks in July 2009.

“The fact that the country has not take action in the past is a serious lapse, especially with North Korea’s evolving missile threats,” the first-term lawmaker claimed.

Kim said that future reactors need to take into account all contingencies and strengthen their protection.